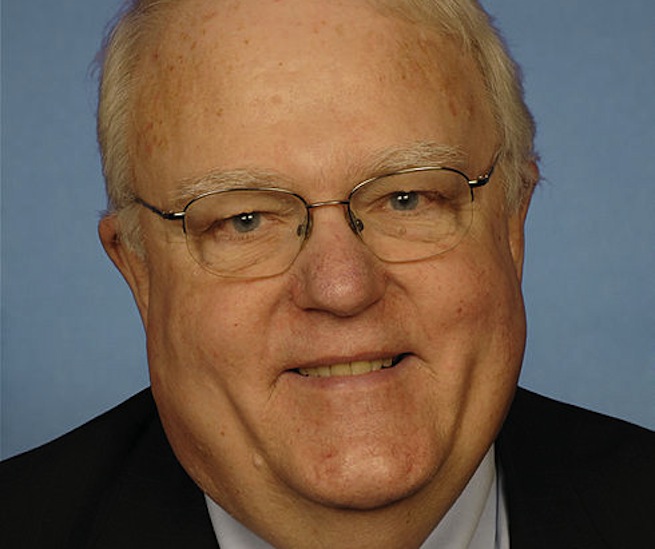 The Patriot Act has given the U.S. government broad-reaching powers to collect data on Americans. But now the author of the Patriot act thinks that the National Security Administration is going too far in its interpretation of the act.

Representative James Sensenbrenner (R-Wis.), the author of the Patriot Act, wrote a letter to U.S. Attorney General Eric Holder today, saying that he is “disturbed” by the how the Act was interpreted, allowing the NSA to collect call data for American citizens without their knowledge or any suspicion of wrongdoing.

The immediate impetus for Sensenbrenner’s letter: A secret court order from the Foreign Intelligence Surveillance Court asking Verizon to supply it with data about calls American citizens made. (Related: What you need to know about the NSA’s secret Verizon surveillance program.) This information includes the originating phone number of a call, the terminating number, the duration of the call, and the time of the call. It could even include information about where the call took place, if Verizon also provided information about what cell towers different cell phones connected to. The court justified the order under a section of the Patriot Act that talks about “business records.”

Sensenbrenner explained in his letter that, while he feel the Patriot Act struck a good balance between “national security interests and constitutional rights,” he also worries about how people might abuse it.

The act itself states that in order to obtain business records from a company under the Patriot Act, you must first meet the criteria. You must show the specific investigation you are conducting, show that you are looking for more than just information protected by the First Amendment (if you’re targeting a U.S. citizen), and prove that the information sought is directly relevant to the investigation.

For its part, the White House stated that the court order was a “critical tool in protecting the nation from terrorist threats to the United States.”

Verizon’s general counsel Randy Milch further added that the company has no comment about the reports themselves, but that “The law authorizes the federal courts to order a company to provide information in certain circumstances, and if Verizon were to receive such an order, we would be required to comply.”

Sensenbrenner is now demanding the order be “sunsetted” and that those involved take a closer look at how they are affecting civil liberties.

He’s not the only one. The New York Times wrote in an editorial today that the Patriot Act “needs to be sharply curtailed if not repealed,” joining a growing chorus of voices expressing dismay over just how broadly the federal government interprets its powers under the act.