Norwegian tech company Opera is introducing a new privacy feature that helps prevent its users from being tracked across the web.

With Opera 64 for desktop, which is rolling out around now, Opera will serve to block tracker scripts using data gleaned from the EasyPrivacy Tracking Protection List. So while it may not block every tracker out there, it will block most of the known ones.

While cookies have served as an effective way of tracking users since the dawn of the modern web, they are generally easy to spot and block, meaning that advertisers have sought new ways to track individuals. Indeed, “fingerprinting” is one such mechanism to emerge as a popular mechanism for tracking web users. Fingerprinting works independently of cookies, and allows advertisers (or anyone, really) to build a picture of an individual through monitoring signals such as the time zone of a machine, the screen resolution, HTTP headers, and more. Unlike cookies, fingerprinting is much more difficult to spot.

“The tracker blocker blocks known trackers, some of which employ fingerprinting,” an Opera spokesperson told VentureBeat.

This latest launch comes three years after Opera introduced ad-blocking and a VPN to its desktop browser. With its latest privacy feature, the company is following in the footsteps of other browsers, including Firefox and Chrome, both of which this year announced plans to block fingerprinting too.

Opera’s tracker blocker is off by default, but it can be activated either through the browser’s settings or the Easy setup menu. 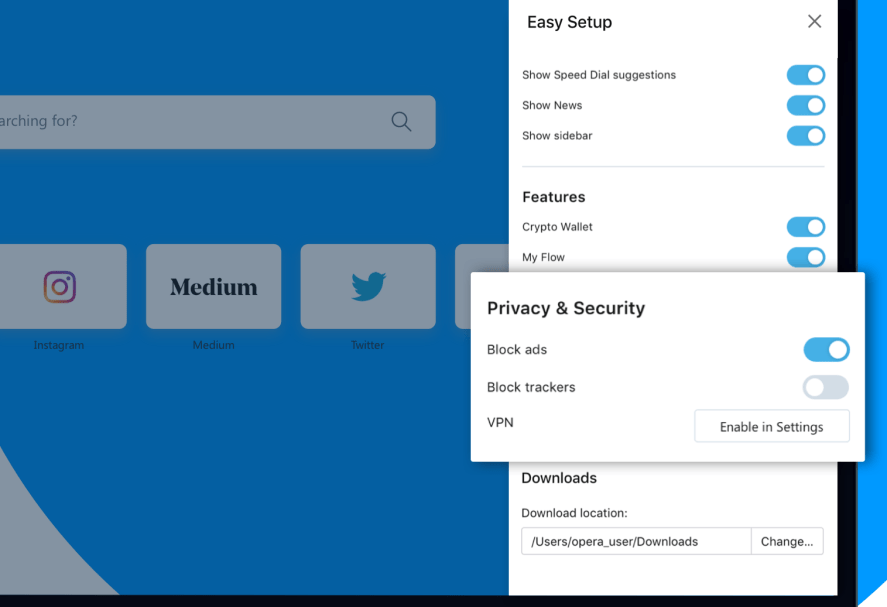 Thereafter, a little icon at the top of the browser shows how many trackers have been blocked on each web page. 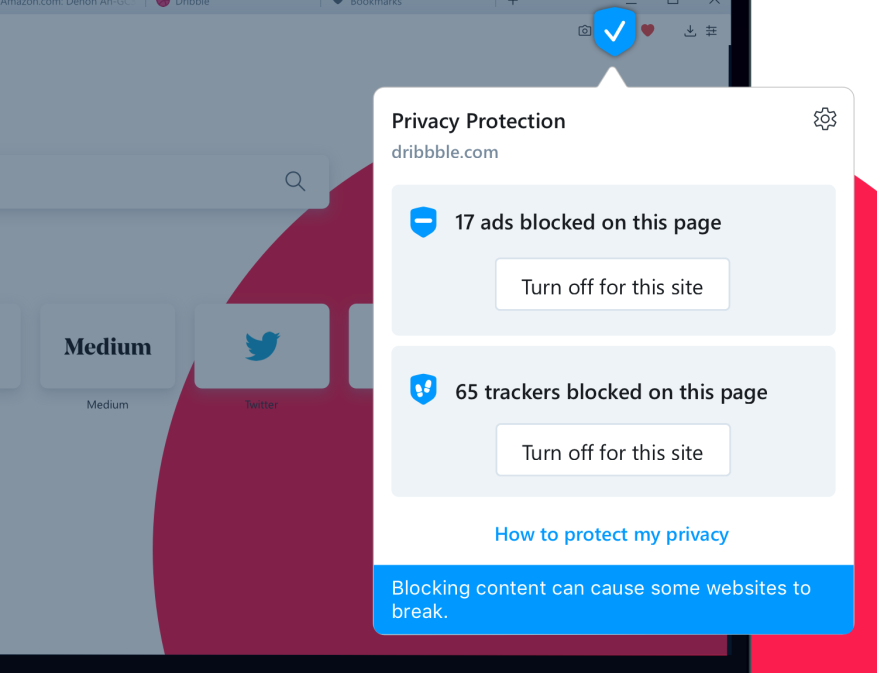 While privacy is a core facet of this launch, Opera said that the tracker blocker should also go some way toward speeding up the browser by as much as 20% — or 23% when activated in conjunction with the ad blocker.

“Once you’ve looked for a product on a website, that product tends to follow you around to other websites in the form of personalized ads or behavioral tracking,” noted Joanna Czajka, Opera’s PC browser product manager. “We’ve decided to help our users understand and manage this situation by putting them in control of the data they share with websites.”

Founded in 1995, Opera is one of the better-known “alternative” cross-platform browsers out there, and although today its overall market share languishes behind the likes of Chrome, Firefox, and Safari, it still boasts nearly 60 million active users — nothing to be sniffed at.

Not only is Opera competing with the big names of the technology world, it’s also battling new entrants to the browsing space too — Opera cofounder Jon von Tetzchner, who left Opera back in 2011, launched a rival desktop browser called Vivaldi back in 2016, and last month it went cross-platform with its first version for mobile phones. With this latest update to the Opera desktop browser, it’s clear that the company is looking to stay competitive and woo a growing army of internet users who are tuned in to the importance of safeguarding their online privacy.