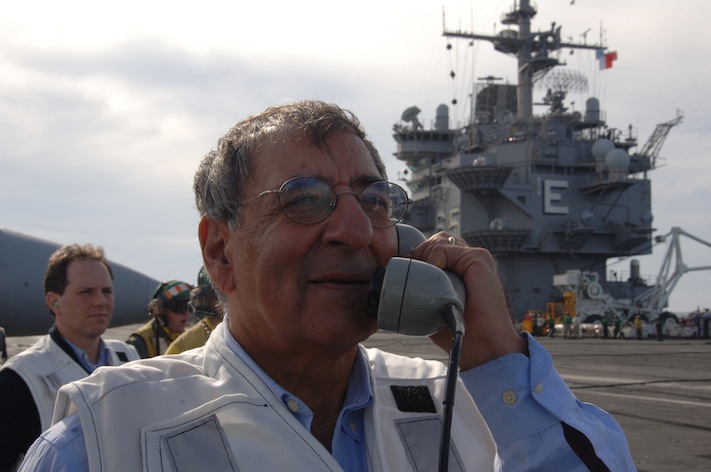 U.S. Defense Secretary Leon Panetta is freaked out, and for good reason. He advised America today that the country is in danger of a cyber attack that could end in civilian death.

According to the New York Times, Panetta aired his concern during a speech in New York City saying we may experience a “cyber-Pearl Harbor that would cause physical destruction and the loss of life, an attack that would paralyze and shock the nation and create a profound new sense of vulnerability.”

Specifically, he referenced the growing potential for hacks on critical infrastructure, energy grids, and other smart devices. He mentioned derailing trains and contaminating water supplies. There’s evidence to support his concerns, starting with the Stuxnet attacks in Iran in 2010. Stuxnet infected the fueling systems of Iran’s nuclear power plants, causing them to malfunction. The malware attacked “SCADA” systems used to control infrastructure used in all different kinds of businesses including oil facilities to prisons. Indeed, researchers already believe the prison doors to maximum security prisons could be opened due to a similar attack.

Other than to warn the American public about it’s future doom, Panetta was also there to pull support for a cybersecurity bill. Panetta wants a new kind of communication between private businesses and the government sector, so that law enforcement can find out about and assess new viruses quickly.

“Attackers only need to find one weak point in any target, and every major target that Secretary Panetta is concerned about has a truly massive attack surface to check. The need for automation has gone from high to extreme – every critical organization must automate their assessment of whether their attack posture is weak,” said RedSeal Networks chief technology officer Dr. Mike Lloyd in an email to VentureBeat. “However, the Federal Government cannot defend all the private infrastructure we depend on – the banks, the power companies, the transportation infrastructure. These companies have to appreciate the threat to their shareholders and the general public, and this is why Secretary Panetta is making clear how serious the situation is.”

The U.S., according to Panetta, should be watching countries such as Russia, China, and Iran as well. This week the United States Congress Intelligence Committee issued its own warning against Chinese telecommunications vendors Huawei and ZTE stating that they couldn’t be trusted to be out of the influence of the Chinese government. The committee also urged any U.S. companies working with the two should find new partners.