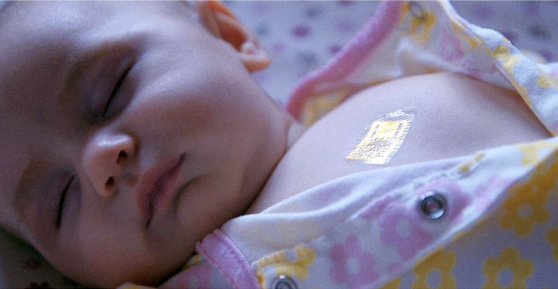 The password, as we know it, isn’t the most effective or user-friendly way to secure our information. Not only are the good ones tough to create and remember, but there’s not all that much preventing an eager hacker from finding clever ways of getting around them.

As a result, there’s a lot of brain juice being poured trying to figure out how to replace our crummy passwords. One of the more interesting ideas came from Motorola advanced technologies head Regina Dugan, who this week showed off a pair of technologies that could eventually render the password obsolete.

One idea, dubbed the Motorola Pill, is a stomach acid-powered pill that sends out an 18-bit authentication signal when you try to log into a service, saving you the trouble of remembering and typing a password. Motorola calls it the “authentication vitamin.”

While the idea sounds interesting, the problem with the pill solution is that you have to swallow it. Perhaps easier to, er, stomach, is Motorola’s take on the password tattoo, which also features a chip with your login credentials. Developed by electronics company MC10, this system’s approach to the password is a lot like the Motorola Pill: Rather than forcing you to remember a password, the tattoo turns your entire body into a password. 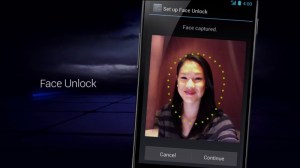 Above: Google is already experimenting with facial recognition on Android.

“This isn’t stuff that is going to ship anytime soon. But it is a sign of the new boldness inside Motorola,” Motorola CEO Dennis Woodside said at the D11 conference this week. (“Bold” is a common word used to describe Motorola these days.)

Yet another take on the post-password future comes from Fast Identity Online (FIDO), a security alliance that includes companies like Google, PayPal, and Lenovo. Like the Motorola and MC10 technologies, FIDO’s system is all about biometrics like fingerprint scanners and voice and facial recognition, among other, more conventional technologies.

While many of these systems are already in use (facial recognition on Android, fingerprint scanners on Lenovo computers, etc), what’s been missing so far is a system that ties all of these biometrics into one cohesive whole. And that’s exactly what FIDO wants to do.

Of course, anytime there’s talk of digital tattoos and ingestible chips, you inevitably edge into worries over a Philip K. Dick-level dystopia, where people voluntarily opt-in to the most effective government/corporate surveillance tool every created. That’s not a future I’m particularly eager to see made real.

Still, a biometric take on passwords seems like the most sensible way to fix the system, which we all put a lot of faith in despite the fact that we don’t entirely understand it. While the password has served us fairly well so far, it’s clearly time for something new and different. I’m eager to see what we come up with.