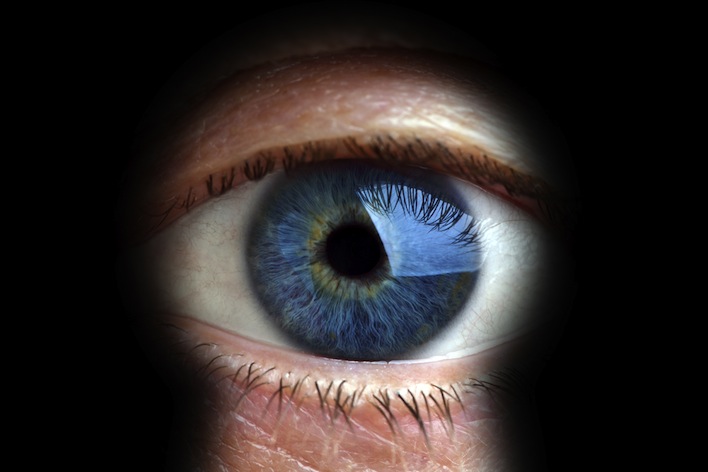 NEW YORK — Privacy is complicated. It’s even more complicated thanks to technology and the network of the web.  But what shouldn’t be complicated are our civil liberties. Our right to privacy is a constitutional one, and one on which this country was built.

For the last 2 days, a few hundred leaders in technology and policy gathered for the 10th annual Personal Democracy Forum in NYC. In a timely manner, the Washington Post yesterday morning that a secret National Security Organization program called PRISM has been monitoring US citizens email and web communications since 2007. Shortly before that, the Guardian broke the news that the NSA has been monitoring Verizon call data for years.

In a panel today on surveillance and cameras everywhere, Ethan Zuckerman, the director of the Center for Civic Media Lab at MIT, expressed his severe disappointment in the US government. In talking about the discovery, he mentioned that his colleagues that study surveillance expected the government to be paying more attention than they ought, but that very few of them foresaw the depth of their true surveillance.  He specifically questioned if knowing the content of his emails was really combating terrorism.

Ben Moskowitz of the Mozilla Foundation and adjunct professor at NYU ITP questioned why Twitter was not involved, and called for journalists to research the choices in companies that the government made in regards to the monitoring.  He also called for a congressional hearing to facilitate an open conversation about the program.  Most importantly, he questioned whether the program now being public would keep it useful or relevant moving forward.

Anthropologist and author of the new book on the group Anonymous Biella Coleman called for journalists to keep covering PRISM in the media for more than 2 weeks, in order to shift national conversation and keep attention on the issue.

All three panelists went further to speak about computer vision and devices like the Microsoft Kinect.  As Kinect is able to sense movement and recognize faces, a deeper question would be if in the future, we as humans will even be able to move through public space let alone their home without detection, or not?  Will everything be surveyed? And what does that mean for society and innovation? [Editor’s note: Microsoft recently revealed its new console, the Xbox One, and its revamped Kinect, which will go to even greater lengths to monitor players.]

In the meantime, the policy and technology community is outraged, but also feeling dejected.  Their worst nightmare came true, under a President with whom had much of their support.  The real question moving forward is who will lead the charge in support of our privacy as citizens of a democratic country.

As Benjamin Franklin said: “They who can give up essential liberty to obtain a little temporary safety, deserve neither liberty nor safety.”

Will President Obama and the administration re-prioritize liberty, or will the tech community have to come up with an essential solution?

Erica Berger is a Brooklyn based media creative and writer, working at the intersection of tech, international issues, and social good. She builds digital products that make people happy, and can be found @GoodBerger.