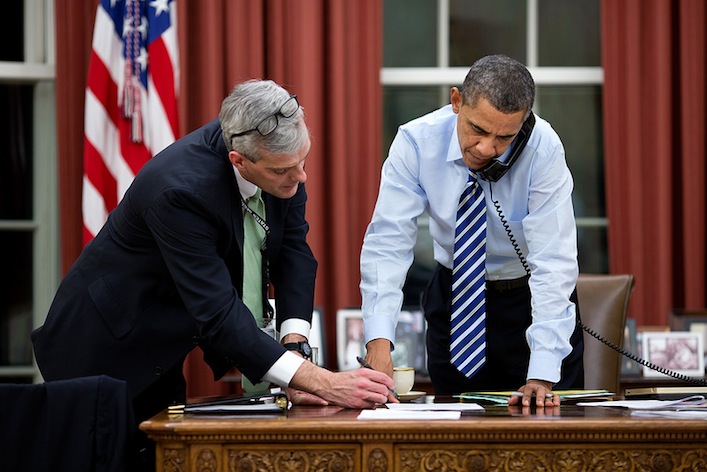 President Obama called to congratulate China’s new president Xi Jinping yesterday, reportedly taking the opportunity to talk to the leader about the increasingly tense cyber security situation developing between the two countries, according to the New York Times.

Xi Jinping successfully completed the transfer of power and became China’s president on Thursday, opening a door to new conversations with Washington. Despite many other issues the U.S. must hammer out with China, cyber security has been top of mind for many government officials and rightfully so. A number of high-profile companies have been hacked, tracing the attacks back to China. This includes the The Wall Street Journal and The New York Times. Security firm Mandiant also recently released a report saying China has been attacking the U.S. for a number of years, specifically one group within the Chinese military.

On Monday, U.S. national security adviser Tom Donilon said in a speech in New York that the international community should not stand for action like this any longer and that China needs to come to the table to discuss cyber security rules.

“From the President on down, this has become a key point of concern and discussion with China at all levels of our governments,” he said in the speech.

China’s Foreign Ministry spokeswoman Hua Chuying responded on Tuesday saying the country is “willing, on the basis of the principles of mutual respect and mutual trust, to have constructive dialogue and cooperation on this issue with the international community including the United States to maining the security, openness and peace of the Internet.”