Encrypted email startup ProtonMail is making it easier for users to import their emails from other providers, in a move that could help stoke use of ProtonMail’s service. Additionally, the company will also enable users to back up their emails locally by exporting them to their hard drive.

The Swiss firm has introduced a new Import-Export tool for Windows and Mac machines, though it will be available only to those on a paid plan for the initial beta phase.

ProtonMail, for the uninitiated, promises its users full privacy via client-side encryption, meaning nobody can intercept and read their emails — not even ProtonMail. Though it does offer a free tier, that comes with major restrictions across storage and folder support, among other areas. People can pay from $5 to $30 a month to increase their available features. Many of the major technology companies have been elevated into the limelight in recent times over their treatment of user data, including Facebook and the mighty Google, which operates the omnipresent Gmail. While Gmail used to serve advertisements based on the content of emails, it stopped doing so as of last year, but fresh reports emerged back in July that some third-party developers still have API access to Gmail messages.

Such stories underpin ProtonMail’s core selling point: “Your emails are safe with us” is the general idea.

The company claims it has garnered more than 5 million users since launch a few years ago. However, one of the inherent hurdles for users in terms of switching email providers is that they may have a decade or more worth of messages in other accounts; leaving all that behind is a big decision, and one, ultimately, that many will decide against.

Allowing people to import their emails from other services represents a notable evolution for ProtonMail, as it removes a big barrier for full adoption. Even if someone is already using ProtonMail, they will likely have at least one other legacy email account that they keep for various reasons. And many may have avoided jumping ship from Gmail simply due to the hassle of starting anew elsewhere.

It’s worth noting here that ProtonMail is actively targeting businesses as well, so being able to mass export / import emails will be a big selling point beyond the consumer realm. 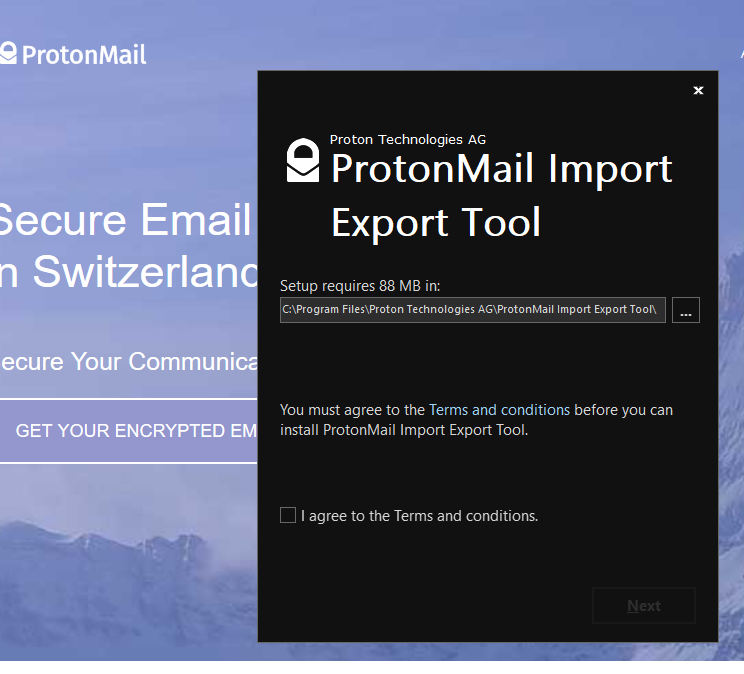 The Import-Export app works with any email service that supports IMAP, including Gmail, Yahoo, and Outlook, though you may have to configure the service settings to allow IMAP access.

Though this tool is only available for those on paid plans for now, it’s clearly in ProtonMail’s interests to open up access to free users too — after all, it wants as many people as possible to make the jump from Gmail and elsewhere. However, it said that it’s limiting access for now so that its servers don’t become overloaded.

“At ProtonMail, our mission is to make email privacy and security accessible to everyone,” the company said in a blog post. “As some users have pointed out, the decision to make the Import-Export app available only to paying users seems to conflict with our mission. We will update the community with more information about the possible expansion of this feature.”