The announcement comes more than a year after ProtonVPN launched globally for desktop users and 10 months after it landed on Android, so the iOS launch has been a long time coming.

There is, of course, no shortage of VPN apps out there already, but ProtonMail has built a solid reputation in the encrypted communications realm since it was founded out of CERN in 2013. Following the launch of its privacy-focused email service nearly three years ago, the company added two-factor authentication (2FA), Tor support, an encrypted contacts manager, and of course a VPN service.

ProtonMail offers various pricing tiers for ProtonVPN, ranging from free to $24 per month. Those who choose not to pay can access three countries’ servers, with access on one device, but will have slower speeds, while the top $24/month tier offers access on 10 devices with server access in all available countries. 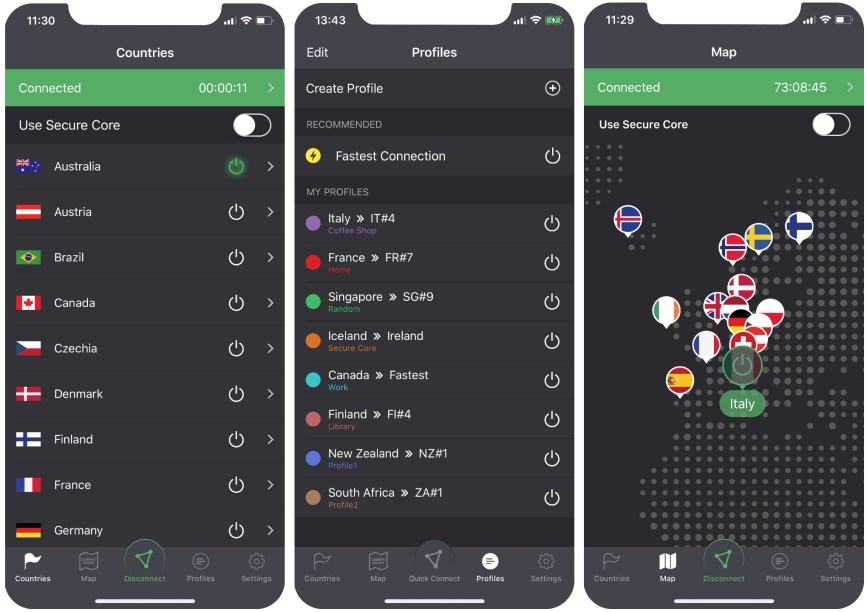 Above: ProtonVPN on iOS

Today’s news comes just a few weeks after ProtonMail struck a deal with Mozilla to bring ProtonVPN to Firefox users, though the experiment is only open to a small set of Firefox users for now — they will see a recommendation to subscribe to ProtonVPN, with Mozilla taking care of the billing.

“With the launch of our iOS app, ProtonVPN is now available on all major operating systems, providing comprehensive multi-platform online security,” said ProtonMail cofounder Andy Yen. “The app is the result of over nine months of development involving nearly 5 thousand ProtonVPN users who served as beta testers helping to refine and improve app functionality.”

ProtonVPN is available to download on iOS devices now.