Moreover, application and server misconfigurations represented 21% of the overall vulnerabilities, 19% of the vulnerabilities identified were related to broken access control, and 28% of the total test targets had some exposure to cross-site scripting (XSS) attacks, which is one of the most prevalent and destructive vulnerabilities impacting web applications. Because many XSS vulnerabilities occur only when the application is running, the best approach to security testing is to leverage a broad spectrum of tooling solutions to ensure that an application or system is secure. 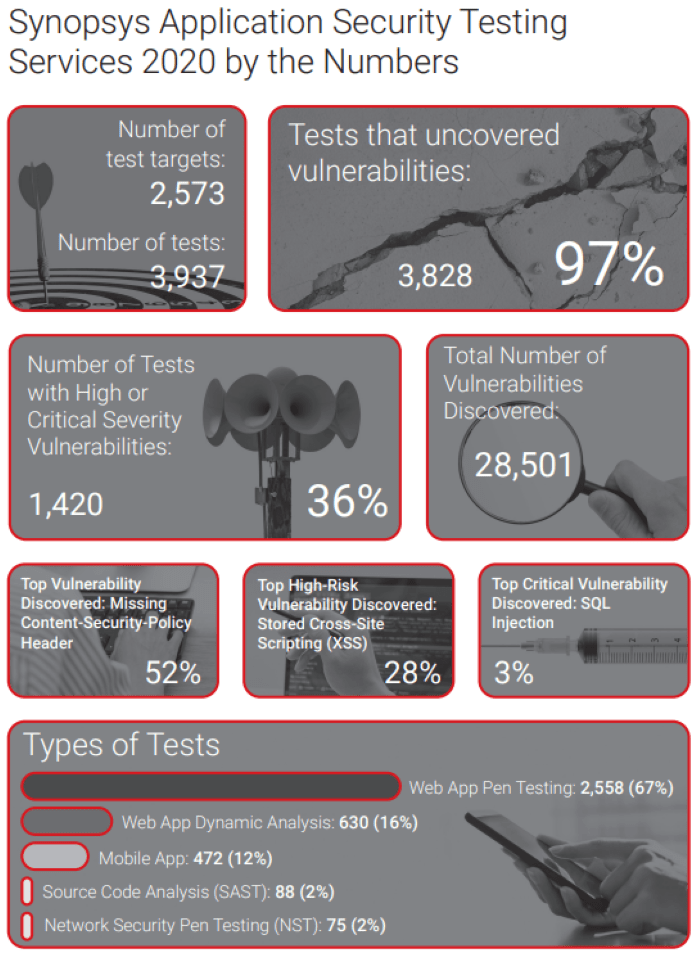 The industries represented in the tests included software and internet, financial services, business services, manufacturing, media and entertainment, and health care. Of the tested targets, 83% were web applications and systems, 12% were mobile apps, and the remainder were either source code or network systems or applications. Considering that these industries are heavily reliant on software, it’s crucial to prevent identified software vulnerabilities from severely impacting business.

Read the full report by Synopsys.