It’s the largest online protest since SOPA. And perhaps an even larger offline protest, as protestors galvanized by the Restore the Fourth movement are using Independence Day to demand their government stop spying on them. The PRISM online surveillance program was revealed NSA contractor Edward Snowden just weeks ago, which said that U.S. companies such as Facebook, Google, Microsoft, and Apple were sharing private data with the NSA about Americans and foreigners.

This Vine from the New York demonstration was posted by Reddit founder Alexis Ohanian:

In a loosely coordinated campaign, the Internet Defense League is calling on netizens everywhere to Fight For The Future, along with organizations such as Reddit, Mozilla, 4Chan, the ACLU, the EFF, search engine DuckDuckGo, political advocacy group MoveOn, Internet humor site Cheezeburger, and many more. At the same time, the Restore the Fourth movement initially started on Reddit is quarterbacking protests in over 100 American cities, including New York, L.A., San Francisco, Chicago, Boston, Seattle, Memphis, and Miami plus international cities such as London and Munich.

The goal is simple — to restore the right of the American people to be free from government surveillance. Protestors say that the fourth amendment “clearly protects all citizens’ assets, both digital and physical.”

The Fourth Amendment of the United States Constitution

“The right of the people to be secure in their persons, houses, papers, and effects, against unreasonable searches and seizures, shall not be violated, and no Warrants shall issue, but upon probable cause, supported by Oath or affirmation, and particularly describing the place to be searched, and the persons or things to be seized.”

“The U.S. Government has been systematically spying on people all over the globe, violating their human rights,” Fight For The Future cofounder Tiffiniy Cheng said in a statement. “The NSA programs that have been exposed are blatantly unconstitutional … You can’t disregard people’s privacy, invade their personal lives on a daily basis, and not expect them to fight back.” 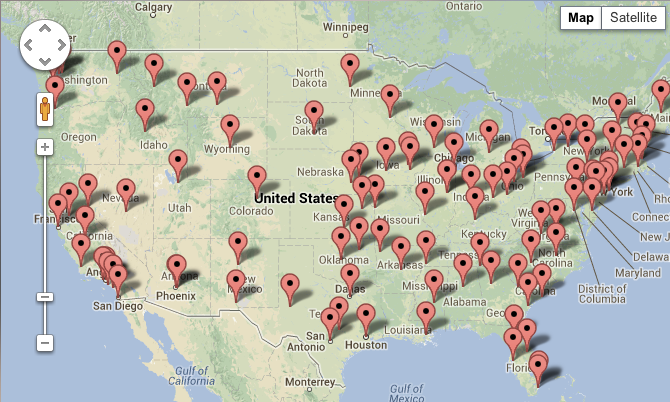 Above: Restore the Fourth protests around the country.

The massive corporations accused of assisting the NSA with its surveillance program have all denied the allegations — most notably and clearly Google — but there are some big holes in those accusations. And it appears that the nine companies are just the tip of the iceberg, as literally thousands of technology and finance companies have been implicated in further revelations.

The NSA has both denied spying on Americans and claimed that PRISM has “saved us” from attacks more than 50 times. But protestors aren’t buying it, and are looking for more oversight, more transparency, and more honest about what is actually doing on.

One sign at the New York protest said that George Orwell’s book “1984 was not meant to be an instruction manual!” 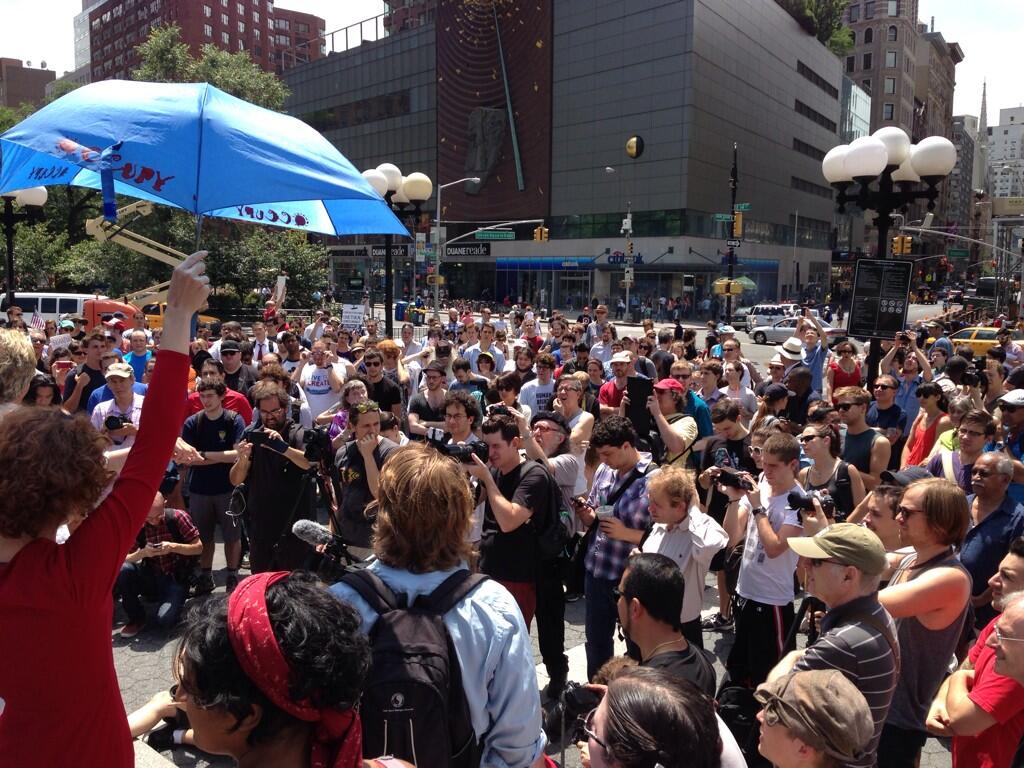 Others, such as Lindsey L., are using the opportunity to declare “independence from the Surveillance State.”

In perhaps the most succinct and clear overview of what protestors are angry about, and why they want to change it, Cheng wrote today:

Data is power. The government has stolen and can now analyze billions of data to know everything about you — they’re painting a picture of what you do, what you buy, who you call, where you go. This isn’t just about the pizza delivery you called for. It’s not just harmless meta data, as some characterize it. Government agents can use this info to infer whether you have an illness or an addiction, eye your money troubles, or gather what your religious affiliations and political activities are. They can investigate anyone for exercising their First Amendment right, and target people based on the books they read and the websites they visit.

Perhaps tweeting, sharing, posting, or otherwise supporting the movement would be a good use of part of your July 4th Independence Day holiday. 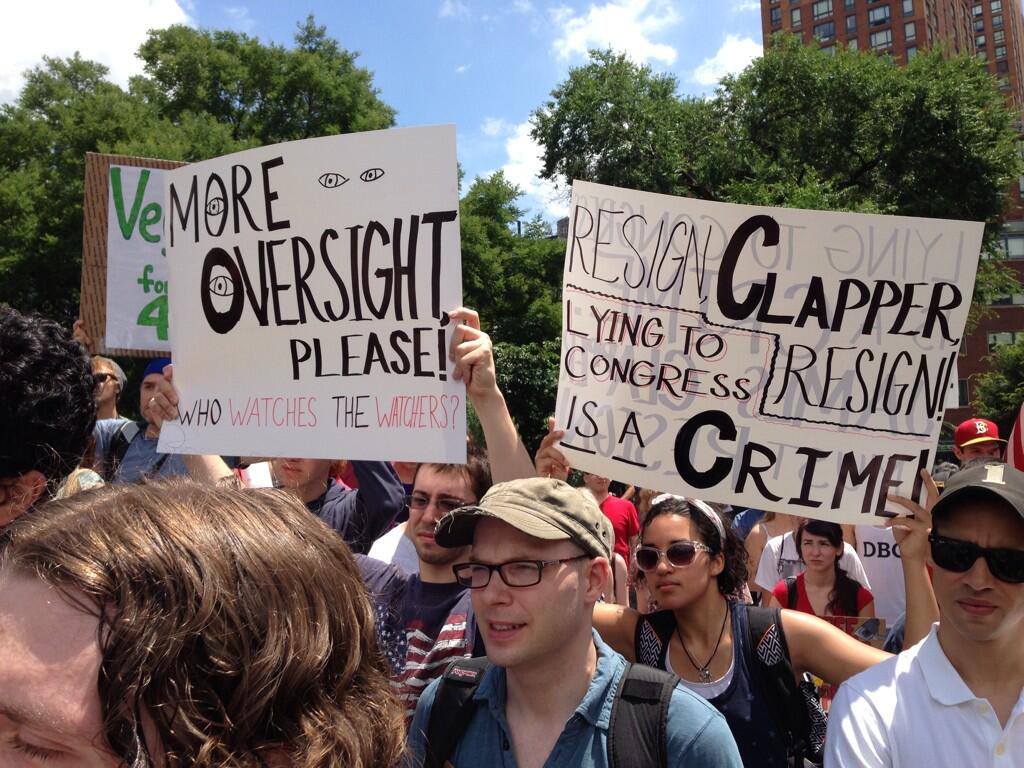