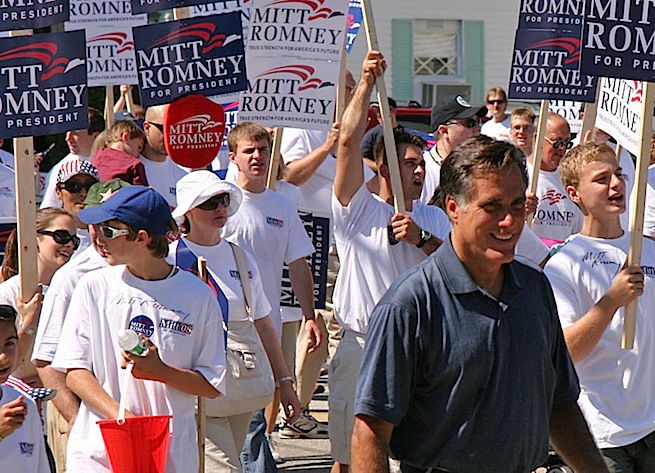 Ready for the most outlandish story of your day? Here we go. Today a hacker allegedly stole Mitt Romney’s tax returns and is demanding $1 million in Bitcoins for silence. The hacker also sent a USB drive and letter to the Republican and Democratic party offices in Williamson County, Tenn. as proof.

Williamson County Republican party executive director Jean Barwick confirmed to VentureBeat that the U.S. Secret Service has taken the USB drive and letter from the GOP party office to examine it and see if this is a hoax or a real situation.

“We don’t know what this will turn into, if anything,” said Barwick in an interview with VentureBeat. “[The Secret Service] didn’t say what they would do with it.”

In a letter, the hacker says the records were stolen from PricewaterhouseCoopers in Franklin, Tenn.

PricewaterhouseCoopers PR managing director Chris Atkins told VentureBeat in an e-mail, “We are aware of the allegations that have been made regarding improper access to our systems.  We are working closely with the United States Secret Service, and at this time there is no evidence that our systems have been compromised or that there was any unauthorized access to the data in question.”

… We were able to gain access to your network file servers and copy over the tax documents for one Willard M Romney and Ann D Romney. We are sure that once you figure out where the security breach was, some people will probably get fired but that is not our concern.

Barwick went on to tell me that the GOP office did not call the Secret Service but expects that news traveled through the U.S. Attorney’s Office, which prompted the confiscation. She also added that she doesn’t believe they are the only office that received a letter such as this, though she’s hearing conflicting stories.

In the letter, the hacker threatened the release of the tax returns to “all major news media outlets” if the Bitcoin ransom is not received (the hacker also politely suggested people should “Google it if you need a lesson on what Bitcoin is”). The person also set up a bit of a race for Romney: first to pay the sum will receive the goods.

Of course, Bitcoin has its own problems after a hacker stole the Bitcoin equivalent of $250,000 dollars Tuesday.