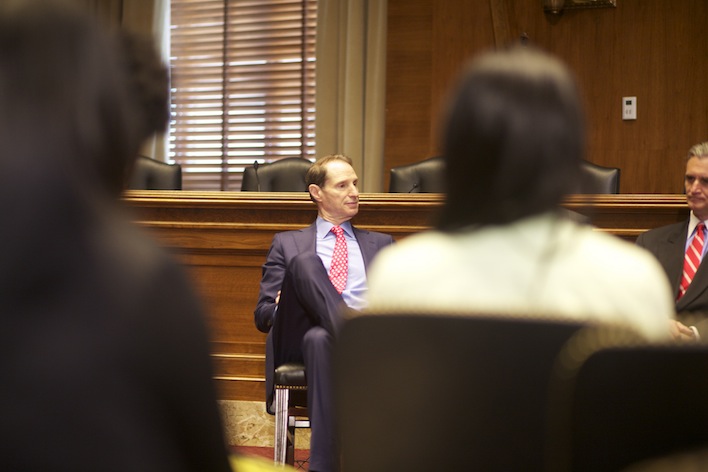 The National Security Agency is “misleading” those who read its FISA fact sheet, explaining what intelligence the NSA can collect and how it handles Americans’ data, according to Senators Ron Wyden and Mark Udall. The two wrote a letter to NSA chief General Keith Alexander urging the agency to correct the “inaccuracy.”

Section 702 of the Foreign Intelligence Surveilance Act and section 215 of the Patriot Act allow the NSA to collect a variety of phone and computer communications. The agency released a “fact sheet” on these two sections in order to help Americans understand how their data could be collected and how it would otherwise be minimized. But according to Wyden and Udall, the fact sheet referencing FISA section 702 may lead Americans into a false sense of security.

“In our judgement this inaccuracy is significant, as it portrays protections for Americans’ privacy as being significantly stronger than they actually are,” the senators said in the letter. “We urge you to correct this statement as soon as possible.”

Are you wondering what the statement is? Unfortunately, it seems that information is a secret. A spokesman for Wyden explained to The Guardian that revealing which part of the Fact Sheet was, well, not factual would be “divulging information that is currently classified.” The letter goes on to say that the part that has been classified is attached and not otherwise printed for public consumption.

The senators do, however, name the statement, “any inadvertently acquired communication of or concerning a US person must be promptly destroyed if it is neither relevant to the authorized purpose nor evidence of a crime,” as being “somewhat misleading.” This is because the NSA has previously said that it cannot possibly know how many Americans’ communications have been collected, while this statement implies that it does know what has been inadvertently collected and can thereby destroy it.