VPNs have been popular tools in the online world for years, helping internet users cloak their true location and access services usually restricted to other regions. But in the wake of Donald Trump’s election victory last year, a number of VPN and encrypted messaging services reported a surge in downloads. Concerns that the incoming government posed a threat to online privacy and internet freedoms weren’t misplaced either, and back in March the U.S. Senate voted to repeal of broadband privacy rules. After that event, TunnelBear said that it saw a spike in interest from businesses looking to protect their privacy — and this was the seed upon which TunnelBear for Teams was born.

There are no shortage of VPNs out there already, but TunnelBear has gained a reputation as one of the easiest and most user-friendly, with neat animations that display a bear burrowing around the world, depending on the user’s chosen server location. And the Canadian company behind TunnelBear now wants to make the service more appealing to businesses, with a dashboard offering admin controls and other features, such as centralized billing.

It’s worth noting here that TunnelBear isn’t launching a new suite of VPN apps for businesses — Teams is a web-based product that works on top of TunnelBear’s existing apps across desktop, Android, iOS, and Chrome.

Companies that sign up for TunnelBear for Teams simply enter their employees’ email addresses into the interface and hit “Invite.” Managers can then stipulate which members of staff have admin access, and they can also deactivate specific users through the dashboard. 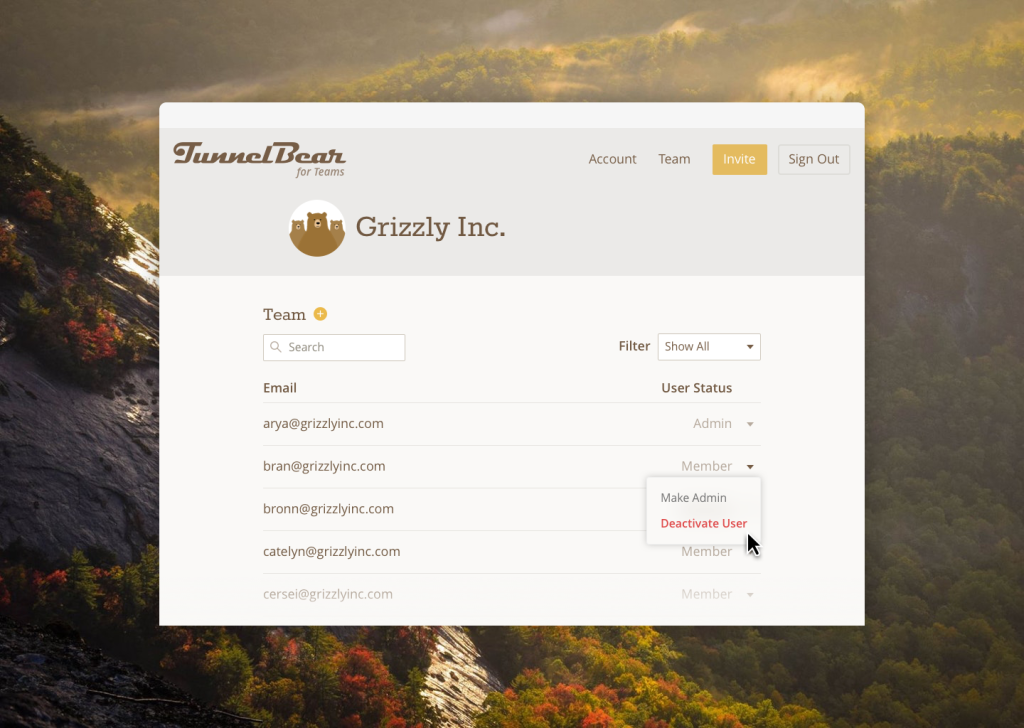 Once an employee has accepted an invite, they are then invited to download the app and sign in with their company credentials. 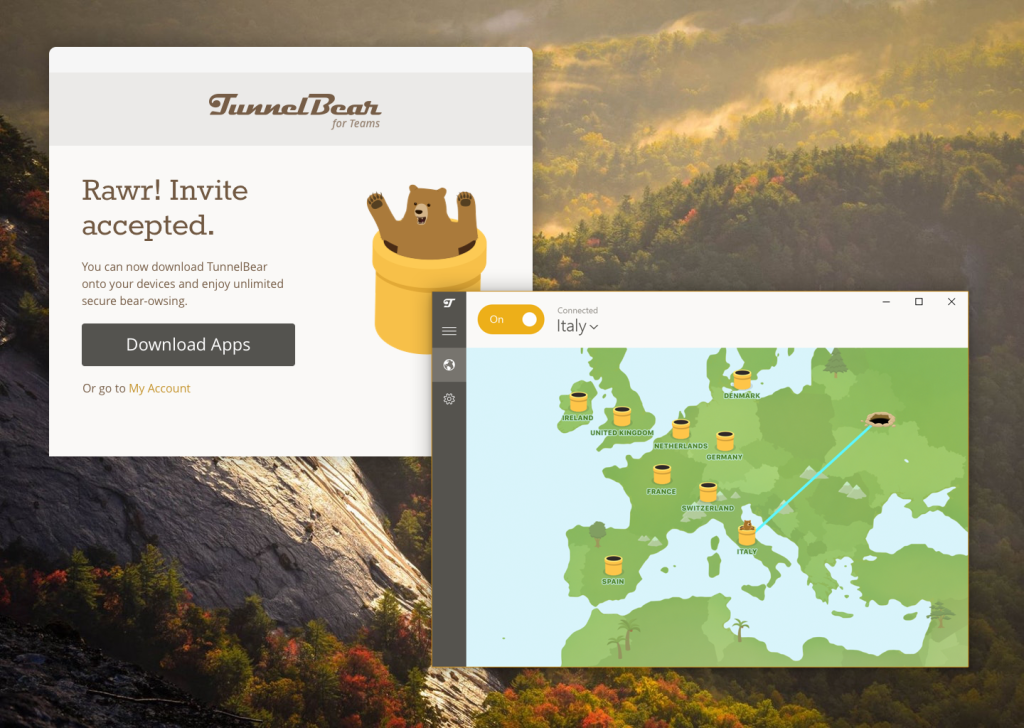 In terms of pricing, TunnelBear for Teams costs a set $69 (USD) per person per year, which is roughly on a par with the standard consumer subscription — currently $5 per month when billed annually.  There is also a free tier on the consumer service, but that has a restriction of 500Mb of data each month — nowhere near enough for a business use case.

TunnelBear serves admins with a centralized billing dashboard that shows them when new members were added and tallies the total cost. TunnelBear promises AES-256 bit encryption and access to servers in more than 20 countries, with up to five connected devices per person.

Founded out of Toronto in 2011, TunnelBear said that it now has more than 20 employees, is entirely self-funded, and — most importantly — is profitable.