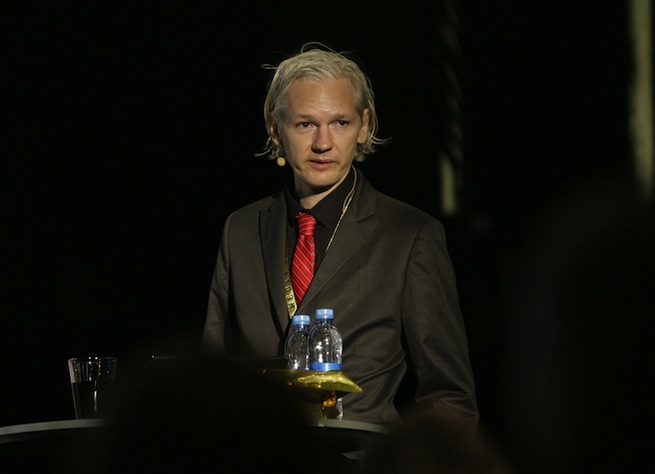 Wikileaks, in its latest attempt to shine light into a dark hole of political conflict, is beginning to release two million e-mails associated with Syrian officials in what it calls the “Syria Files.”

The e-mails are dated between August 2006 and March 2012, and were pulled from the Ministries of Presidential Affairs, Foreign Affairs, Finance, Information, Transport, and Culture, according to an announcement on the Wikileaks website. The “leak” stems from conflict currently occurring in Syria between the government headed by President Bashar al-Assad of Syria and those who oppose the ruling Baath Party. But Wikileaks isn’t just trying to show the “inner workings of the Syrian government”; it also wants to “reveal how the West and Western companies say one thing and do another.”

“The material is embarrassing to Syria, but it is also embarrassing to Syria’s opponents,” said Wikileaks founder Julian Assange in the announcement. “It helps us not merely to criticize one group or another, but to understand their interests, actions and thoughts. It is only through understanding this conflict that we can hope to resolve it.”

Most recently, Wikileaks posted millions of e-mails related to a hack on security think tank Stratfor. The company was attacked in December 2011 by hacker group Anonymous, which stole thousands of credit cards and other personal information. After the dust had relatively settled in February, Wikileaks came back and promised to publish over four million e-mails dated July 2004 through December 2011. They were called “The Global Intelligence Files” and were intended to shed light on the inner working of Stratfor and the executives who worked there. But, as with many Wikileaks initiatives, it ended up exposing embarrassing details, such as e-mail communications between chief executive George Friedman and others using racist terms.

Stratfor at the time remained mute on the subject, so the validity of these e-mails was neither challenged nor defended.

As per usual, a number of publications around the globe have partnered with Wikileaks to expose the e-mails. The only currently announced U.S. publication on this roster is the Associated Press, although Wikileaks said, “other publications will announce themselves closer to their publishing date.”

The leak will include exactly 2,434,899 e-mails and 678,752 different e-mail addresses and consists of eight times the amount of documents exposed in “Cablegate.” Cablegate started in 2010 when Wikileaks published a number of diplomatic cables related to the United States’ war in Iraq. U.S. Army solider Bradley Manning was later arrested and charged for supplying the highly confidential data to a Wikileaks employee.