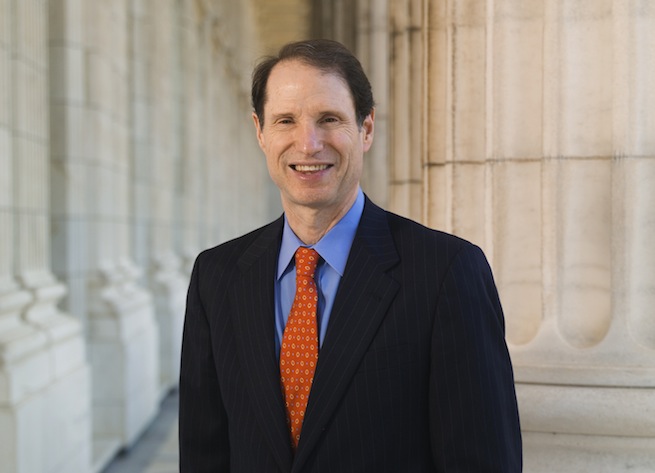 Most politicians only speak up about inadequate tech policy when there’s an overly complicated bill up for a vote. Sen. Ron Wyden (D-Ore.), however, is not one of those politicians.

Wyden spoke at the Consumer Electronics Show in Las Vegas today, outlining the topics in tech policy that we need to discuss in 2013 and beyond. He focused on data usage and policy: two themes that have carried over from 2012, and will likely remain under scrutiny for years to come.

Wyden is known for his opposition to SOPA, a bill that attempted to protect copyright laws but could have impeded freedom of speech and led to the wholesale shutdown of websites accused if copyright infringement. He is also known for submitting an amendment to the FISA bill, which allows the government to listen in on Americans’ conversations with those overseas in the name of national security and foreign intelligence. In his amendment, Wyden suggested the government be more transparent and reveal how many people have been affected by the Bush-era bill.

The amendment was shot down.

Now in 2013, Wyden believes we need to get more serious about making sure Internet service providers — wireless and wired alike — are held responsible for making sure no specific types of data are discriminated again. That is, he believes that an Internet Service Provider, such as Comcast, must not slow down speeds if someone is attempting to access streaming content from competitors, while providing great data speeds for its own streaming services. This, of course, is just an example, but you can see the problem.

He also believes we need to look at patents. Last year showed us just how far companies are willing to go to prevent competitors from using their patented technology without paying up. Wyden explained that we need to think of software as “building blocks” and allow people to improve on it.

He also reached back to FISA and CISPA, saying we need rethink how much access to our data the government should have. He suggested we rework the Electronic Communications Privacy Act and put more protections in place that stop law enforcement from checking out Americans’ email communications.

via Ars Technica; Ron Wyden image via his website