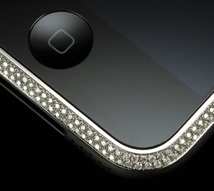 We all know the next version of the iPhone, which will be compatible with the faster 3G cellular network, is coming this year. Recently, evidence has been mounting that Apple will unveil the device soon, most likely sometime this summer. Now we have a date: June 9th — if you believe an analyst, that is.

Citi analysts Richard Gardner and Yeechang Lee released research notes detailing this, and other prediction for Apple in the coming year. The pair also predict that the arrival of the 3G iPhone will lower the price of the current iPhones by $50 or $100.

While Apple has given no word on when they plan to announce the device (or that it even exists in the first place), you don’t have to be Nostradamus to come up with June 9th. It is the first day of Apple’s Worldwide Developer’s Conference (WWDC), which runs through June 13th. The iPhone is going to be a big part of the WWDC. Steve Jobs will be giving the keynote address at the event, and what better place to announce one of the most anticipated product updates?

That said, an analyst prediction is still just that, a prediction. Apple is busy prepping the 2.0 version of its current iPhone software, the one that can utilize apps built with the software development kit (SDK), for consumers and could make that the focal point of the WWDC instead. This past year has proven that not even Apple is above product delays, with the Apple TV and its Leopard operating system both missing initial launch dates.

During its earnings call, Apple reiterated its goal of hitting 10 million iPhones sold by the end of this year. The 3G iPhone is expected to be a key part of hitting that number.