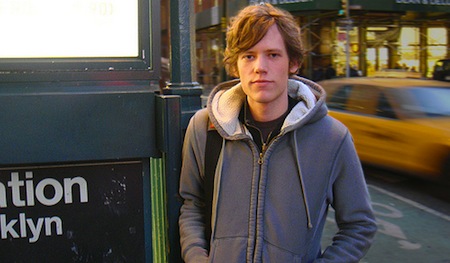 Christopher Poole, the founder of controversial online image board 4chan, outlined his vision for Web-based community today at the South by Southwest Interactive conference — and yes, his ideas are in pretty sharp contrast to those of Facebook founder Mark Zuckerberg.

Zuckerberg has spent a lot of time talking about his stance on identity and privacy, especially recently, as Facebook has taken more criticism for its various privacy policies. (To get the flavor of his remarks, check out VentureBeat’s post about Zuckerberg’s privacy stance from last May, as well as David Kirkpatrick’s book The Facebook Effect.) He’s been pretty aggressive ins advocating that users should have a single identity that’s consistent they are online, because that encourages them to be more authentic (and also means they can carry their social connections with them to any site).

Poole, who is also known under his 4chan username “moot”, said, “I think that’s totally wrong.” He’s had plenty of opportunity to observe the pluses and minuses of anonymity in action, since 4chan is well-known for its anonymous user base. (In fact, the activist hacker group that emerged from 4chan is known as Anonymous.)

Poole argued that anonymity allows users to reveal themselves in a “completely unvarnished, unfiltered, raw way.” One of the things that’s lost when you carry the same identity everywhere is “the innocence of youth.” (“Innocence” isn’t the first word that would come to mind when I think of 4chan, but okay, I’ll go with him here.) In other words, when everyone knows everything you’ve done online, you’re a lot more worried about screwing up, and you’re less willing to experiment. Poole compared this to being a kid, moving to a new neighborhood, and having the opportunity to start over. On the Internet, if you’re not anonymous, you don’t get that opportunity.

“The cost of failure is really high when you’re contributing as yourself,” Poole said.

In the case of 4chan, users feel a lot more comfortable trying to create funny images that can become memes, because content that doesn’t catch on disappears quickly, and they’re not weighed down by their failures. Poole said another benefit to 4chan’s anonymity, one that makes it very different from most other online communities, is that content becomes more important than the creator. Rather than prioritizing the most valued and experienced users, 4chan allows anyone to access the site and post something that could take off.

At the same time, it seems Poole’s attitude towards privacy has evolved. He’s working on a new community site called Canv.as, which actually integrates with Facebook Connect, although users can still post anonymously. Poole said the fact that “you know that we know” the user’s real identity, even if other users can’t see it, discourages people from indulging in the most obnoxious behavior.

The “Wild West” approach, while important for 4chan’s popularity, has had an effect on Poole’s ability to turn the site into a real business. Very few brands are willing to run their ads alongside content that’s so unpredictable and potentially offensive, he acknowledged.