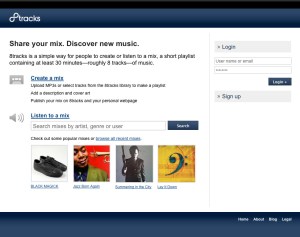 The music labels haven’t made it easy for unauthorized web sites to stream music on the web. But David Porter, the founder of 8tracks, has figured out a way around the copyright law obstacles to deliver a useful and legal sharing service to music fans.

New York-based 8tracks capitalizes on the same right that radio stations have to play live music over the air: it’s OK to stream recorded music over the web, as long as the user doesn’t know what song is coming next. 8tracks uses this loophole, allowing users to create half-hour mixes of music and listen to streams of the music that they have created.

Since the average song is about four minutes, a half-hour mix is about eight tracks. Hence the name. The user can pick a minimum of eight songs and 8tracks will play it live, but in a random order. Users can share mixes with each other, effectively becoming disc jockeys. They can also listen to mixes shared by others. They can rate the mixes, attach album artwork to them and learn who has similar tastes.

Porter, who formerly worked as a general manager at live streaming radio company Live365, believes firmly that the personal recommendations of friends are the best way to discover music. He thinks that the algorithmically-generated song lists of competitors (such as Last.fm, Slacker, and Pandora) can’t beat the “hand-crafted” mixes of music aficionados. (Update: Slacker says its genre stations are hand-crafted and song selections on custom stations are “influenced” by top human programmers). It gets back to the notion that the DJ is kind of an artist for putting together lists of songs that belong together. I can appreciate Porter’s thinking since I felt like a DJ myself in the good old days when I painstakingly recorded music mixes on cassette tapes. 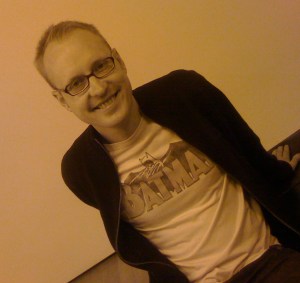 “We feel there is integrity in a personal music mix,” Porter said. “And for every 10 listeners, there is a DJ who creates lists.”

This isn’t just airy stuff. Research suggests that people still discover music either through friends or the random mixes on the radio.

The site’s user interface looks a little like the iPod’s interface for accessing music. And it also steals an idea from Twitter. You can see which mixes are available for listening in the center of the page. And on the right, you can see thumbnail pictures of all of your friends who share tracks with you. You can fill out your own profile and choose whom you want to follow. When that person creates a new mix, they share it with you. You can upload your own MP3 songs to the site’s library or choose songs that are already there. Creating lists is a simple matter of dragging “no frills” text from one side of the page to another. 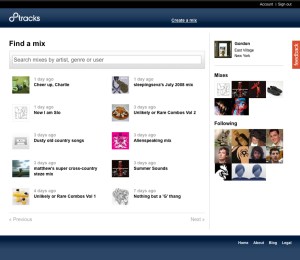 The company hopes to make money through ads on the site. It will add links to Amazon.com, which in turn kicks back a portion of the purchase price for any music purchased. There will be audio ads and there will be a premium subscription option.

The company’s site goes live on Aug. 8. And at some point in the future, 8tracks will create widgets so that users can embed their mixes on MySpace pages, blogs or any other site. The company is also working on an application for the iPhone. That will launch later.

Porter started the company in the fall of 2006 and assembled a team by June 2007. He hired a mix of six developers and has six advisors. He bootstrapped it himself. There are other companies, such as Muxtape, that allow users to mix songs. But it isn’t clear whether those are in the clear with the music labels and copyright law. Under the Digital Millennium Copyright Act, you don’t need a direct license from the labels if you are playing music like a radio station, where the listener can’t pick the next song to play. Project Playlist allowed users to build playlists and embed them on social networking pages. The company grew to 600,000 daily users, but it wound up getting sued in April by nine music companies. 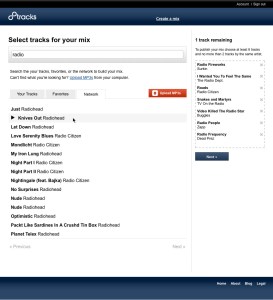 Internet radio stations with their own DJs are also competition. But who wants to listen to them when you can create your own song lists? Porter may have figured out a way to build a music site in the shadow of the giant labels. But we’ll see if users really feel like they’re free enough to enjoy music the way Porter hopes.

[Note: VentureBeat readers can get early access by going to this invite page. While 8tracks will launch to the public on Friday, the first 3,000 people to sign up using the invite code ‘venturebeat’ will get early access to the private beta this week.]