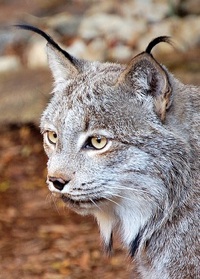 Last week, we wrote a post outlining some of the possible curveballs Apple could throw at us during the WWDC event taking place on Monday. That is, announcements besides the 3G iPhone, which is pretty much a given at this point. Apple chief executive Steve Jobs has a history of wowing a crowd with one product, then coming back with another unexpected one out of left field. A new rumor tonight suggests we may have been too conservative in our predictions. Jobs could show off Apple’s next operating system, OS X 10.6, according to TUAW.

If true, this is big news. Apple just launched the last iteration of its operating system, OS X 10.5 “Leopard”, back in October of last year. If OS X 10.6 is shown at WWDC, the report indicates that it could ship by January 2009 — just six months from now, and barely a year after Leopard. When you consider that OS X 10.5 launched two and a half years after OS X 10.4 — and that Windows Vista launched over five years after its last iteration, Windows XP, this is an incredibly fast time between iterations.

While the site is being conservative with the details, it suggests that Apple could seed early builds of OS X 10.6 to developers at the event. Word is also that this would not be a huge upgrade over the current Leopard, but instead would be more of an incremental upgrade focusing on stability and security.

Normally, those types of incremental updates are destined for smaller sub-version iterations such as the recently released OS X 10.5.3, but if Apple is willing to go out and call it OS X 10.6, it would seem to suggest that either:

a) They are trying to make Microsoft look bad as it continues to struggle with consumers’ Windows Vista concerns. Microsoft has been talking about its next iteration of Windows, “Windows 7”, more and more in recent weeks, but the software is unlikely to be released before 2010.

b) Apple is closing in on a completely new revolution in its operating systems and is willing to burn through its 10.x iterations quicker to reach the OS 11 (or XI) naming milestone.

The report also indicates that OS X 10.6 will be fully 64-bit and will only work on Intel-based Macs. This means that any Apple computer that is more than a couple years old will be left in the dust.

While there is no word on the cat nickname for this operating system yet (all Apple OS X iterations are named after big cats, hence “Leopard” for 10.5), early reports indicate that OS X 10.6 could be dubbed “Lynx.”

update: A reference to OS X 10.6 was apparently also found in the new iPhone SDK installer.

update 2: Though Apple has registered the “Lynx” name, OS X 10.6 will be called “Snow Leopard”, according to Ars Technica, which has separately confirmed its existence.