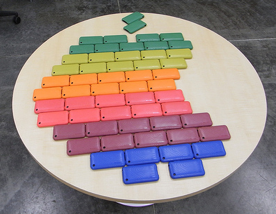 After seeing the response to initial reports of what may or may not be a next generation iPhone appearing in code snippets and ad server entry logs, Pinch Media has released a bit more information on what exactly they know about the so-called “iPhone 2,1.”

First of all, the device carrying that label started appearing in Pinch Media’s logs in October 2008. It kept showing up sporadically from that point until December, when the frequency of iPhone 2,1 appearances in the logs picked up. The device uses both Wi-Fi and AT&T connections, in line with current generation iPhones (sorry folk, no breaking that AT&T contract just yet). And applications running on the device appear to be popular ones, suggesting testing.

Perhaps most interesting is that there appears to be at least a few dozen of the devices out there, and almost all are in the south San Francisco Bay Area — yes, the area where Apple’s headquarters is located (Cupertino, CA).

So there you go. While this information is far from conclusive evidence of a next generation iPhone, it’s intriguing to see some data indicating that such a device could be in the process of early testing.