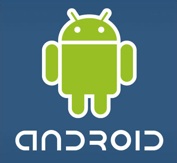 The video embedded below looks to be the first live glimpse of the HTC Dream, which is likely to be one of the first phones to utilize Google’s Android mobile platform. The video hasn’t been verified, but it certainly looks real enough, as The Boy Genius Report notes.

You’ll notice that it has a large touchscreen interface just like the iPhone, but that it also has a slide-out QWERTY keyboard. This could be the killer feature that gives it traction against the iPhone.

Of course, the device has to actually come out first. A report just a few days ago indicated that structural difficulties were forcing HTC to push its release to early 2009. It had hoped to get the phone out before the end of the year.

A representative for Google reiterated to us that the first Android phones are on schedule to come out before the end of this year:

We’ve contacted HTC about the legitimacy of the video and will update if we hear back.

Update: A representative from the PR firm that handles HTC, Waggener Edstrom Worldwide responded back to me saying that the reports of the delay of the Android device are “inaccurate,” but was unable to comment on the legitimacy of the video above. More info here.