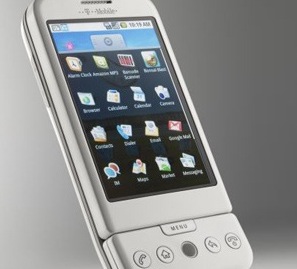 HTC, which makes the first phone to use Google’s Android platform, the T-Mobile G1, said it expects shipments of the device to reach one million before the end of 2008, according to DigiTimes. The number, stated by HTC chief executive Peter Chou a few days ago, represents a significant increase from the company’s original forecast that it would ship 600,000 G1s by the end of 2008.

The G1 launched last month with a fair amount of buzz (though not iPhone-level buzz). Reviews of the device have varied; I hate the keyboard, but love the ability to run applications in the background. Overall, though, I’d say it’s simply not as good as the iPhone.

But the real power of the Android platform is that it won’t be limited to one device. While the G1 is the first phone to run on the platform, next year we’ll see a wide range of Android devices. I expect many of those will learn from the G1’s successes and failures.

For comparison, the iPhone has already sold somewhere north of 10 million units this year. It had hoped to meet that goal by the end of 2008, but did so several months early.