updated with info about VC backing 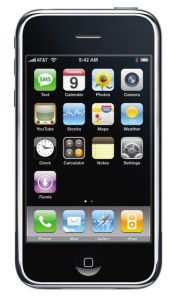 In a move with a lot of strategic implications, Apple is reportedly buying Silicon Valley chip maker PA Semi for $278 million, according to a report from Forbes.

I suppose this is only fair, since Apple ruined PA Semi’s original business plan. Founded by Dan Dobberpuhl in 2003, PA Semi started out designing PowerPC microprocessors for Apple’s low-power laptops. Then Apple threw a monkey wrench in that plan and switched to Intel.

PA Semi, which has 150 employees and as such is one of the biggest chip start-ups in Silicon Valley, adroitly switched its designs to target the networking chip market. It also had its eye on making chips for game consoles, though the timing wasn’t right for that.

Forbes suggests that Apple wants the PA Semi low-power chips for its flagship iPhone and possibly future iPod products as well. That means that Apple will no longer have to depend on outside suppliers such as Arm Ltd. and its various licensees. It’s also a blow to Intel, which has been trying to sell Apple on its low-power Atom chip and future generations of mobile-focused x86 computer chips.

PA Semi specialized in making high-performance low-power chips through techniques such as clock-gating. That technique inserts a gate in between different parts of the chip; those parts can then be isolated so that they can be turned off if they’re not needed. That helps save power. While some chips had hundreds of clock gates, PA Semi was designing chips with highly granular power controls and thousands of clock gates.

It had key architects such as Jim Keller and Pete Bannon, who worked on Digital Equipment Corp.’s Alpha processors as well as the StrongArm design, a low-power Alpha that Dobberpuhl spearheaded. The StrongArm was sold off to Intel after DEC collapsed. But Dobberpuhl had the low-power religion and knew how to assemble a team that could design powerful but power efficient chips.

Hence, PA Semi can deliver unique chips and hardware that no one else can make. That clearly is attractive to Apple, which will likely face increasing numbers of competitors to both the iPhone and iPod. A spokesman for Apple, which reports earnings Wednesday, confirmed to Forbes that Apple had bought PA Semi. He declined further comment.

Samsung currently supplies an Arm-based applications processor for the iPhone. But such devices will likely have more and more demand for computing power in the future. PA Semi’s chips are powerful, but even its chips, running at 5 watts to 13 watts, may currently run too hot for phones.

The more I think about it, it would be tough but not impossible to port its software for an existing iPhone or iPod to some other processor. That suggests that Apple might be buying this chip company for an unannounced product, something like the beefier “mobile Internet devices” that Intel has been touting. Those have bigger screens, require more powerful processors, and deliver a full Internet experience.

It’s unlikely that Apple intends to use the chip maker for its own desktop and laptop chips, which now come from Intel. It cause a lot of earthquakes among Apple’s software developers if that happened. Knocking out the Samsung processor and putting in one from PA Semi might very well cause an earthquake in the iPhone development chain.

I went out to visit PA Semi when it came out of stealth a few years back. They had a collection of smart people who seemed like they really could do a lot more than chips for Cisco routers. Keller and Dobberpuhl had previously been part of SiByte, a networking processor company Broadcom bought for $2 billion in the height of the last bubble. Their timing and foresight was impeccable. They could have taken on Intel, but even a big engineering team like theirs would have seemed puny against the world’s biggest chip maker. Hence, they went looking for low-power markets where the giant didn’t tread. Intel may be coming their way now, but it looks like they have found shelter under the wings of Apple.