The iPhone 2.1 software update seems to have resolved a lot of the issues that many users were having with the device. So what does Apple do for an encore?

Well, copy and paste functionality is still high on many people’s list of wants, as is turning on the video functionality for the camera, but a couple of patents uncovered by AppleInsider today shows some smaller changes that Apple may be working on.

The first one shows iPhone home screen application icons that have a small “i” in the corner. Anyone who uses a Mac computer with Dashboard (the widget screen overlay feature) will recognize this immediately. Apparently, some soft of multi-touch gesture will trigger the “i” to show up on the icons, and when you click on one, it will allow you to directly change that applications settings.

Such a feature would significantly cut down on the time it takes to edit individual application settings. Currently, you have to go into the Settings area, and scroll to the bottom to find the one you want to edit. The problem with this is that as you install more and more app, that list gets longer and longer and the right one becomes harder to find. 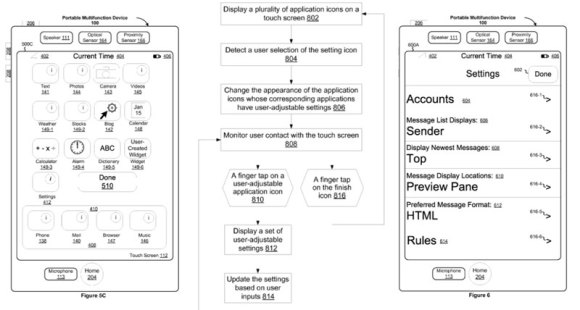 Another nice, but small feature laid out in a patent shows a new notification system for when the iPhone is in its locked state. Currently, if you miss a call or a text it shows up in a button overlaid on this main screen. If you miss a lot of events, it can fill up and be hard to follow. That becomes really problematic when you unlock the device and all of those notifications disappear, leaving you to remember what they were, as AppleInsider rightly notes.

A new method would break up calls, text messages and voicemails on the screen. It appears to also have an option to break up notifications by person. But the best part in separating these is that it appears you will be able to pinpoint which one you want to respond to right on the main screen. So if you just want to respond to a text message from one friend, you can tap on that, unlock the phone and be taken into a text window for them.

Such an interface update could definitely prove useful when Apple’s new Push Notification System finally rolls out. Push Notification is the service which mimics applications running in the background by using Apple’s servers to send your iPhone updates even when your phone isn’t running a particular app. If a lot of the services you are using start implementing that, you phone’s locked screen could clutter up quickly. This new layout should help that.

It’s important to note that these updates are still just patents, and may never seen the light of day. Still, both seem to make sense, so I wouldn’t be surprised to see either in an upcoming iPhone OS release. 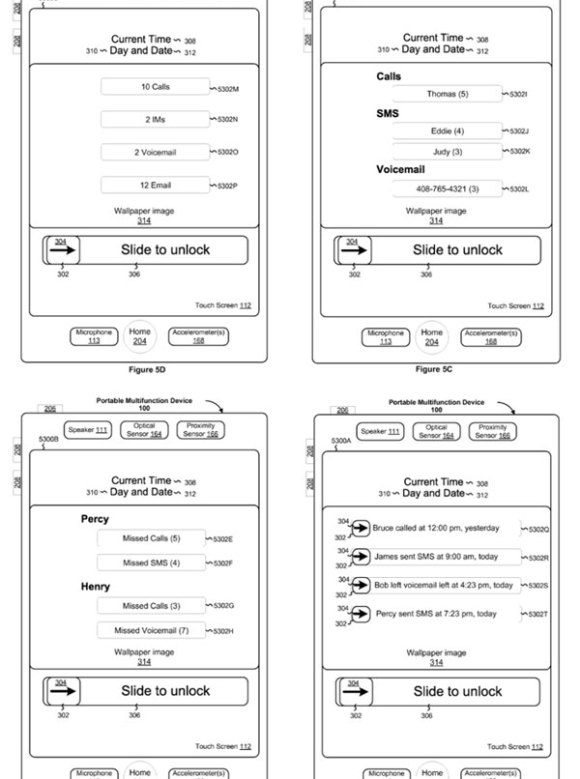 [photos via AppleInsider and flickr/angermann]