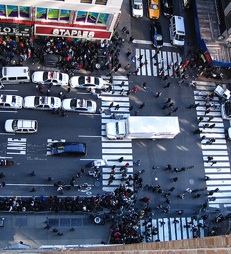 That could the case if a tip Cult of Mac (a Wired Network Blog) received is to be believed.

We’re a week away from Apple chief executive Steve Jobs’ keynote at the the WWDC event where it is widely believed that he will announce the 3G iPhone. Naturally the amount of rumors is going to increase as we draw closer, but one is supposedly coming from a programmer at a “major software publisher.”

Of note here is that all of these rumors have been reported before. And significantly, this is also the first time that the AT&T subsidizing the iPhone in the United States rumor has been backed up by another source. The $200 price point has once again been floated out there.

Also included in this tip is word that Apple is the one seeking to subsidize the phone to compete with the price of RIM’s Blackberry device. Previous reports had suggested that it was AT&T who had hope to put a price cut on the device.

This iPhone/Blackberry rivalry appears to be heating up as the 3G iPhone draws near. In late April, word came out that RIM was looking for developers with Apple experience, presumably to help with a next-generation Blackberry. Then, last month RIM launched a new $150 million application developers fund to compete with Kleiner Perkins and Apple’s $100 million iFund. (Also see our Q&A on the RIM-Blackberry fund.)

If Apple launches a 3G iPhone that is thinner, with double the memory and has a better battery life — while being available for $199, the pace at which it sells could be frightening. Blackberry will need some kind of answer.