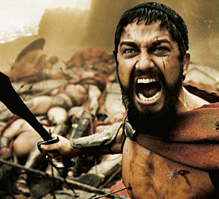 How fast is Apple’s new App Store for the iPhone and iPod Touch growing? When it launched just over two weeks ago it had around 500 applications available. Last night it hit the 1,000 mark, according to Fortune’s Philip Elmer-DeWitt.

The store appears to be growing at a pace of between 20 and 40 new applications a day. On Sunday night, there were 977 apps available, according to Medialets. Of those, over a quarter were games.

Games also control the paid app leader board, holding down 53 of the top 100 spots.

Other Medialets numbers indicated that while the two most popular price points remain free and $0.99, apps that are very expensive are starting to show up in the store as well. There are two MyAccountsToGo apps that run $449.99 — yes, $450. Another, iChart EMR, costs $139.99. Of course, these are targeted at professionals who will heavily rely on them.

PhoneSaber, at the low, low price of free is targeted at me. And I rely heavily on it.

Because of some of these high-priced apps (there are six over $50), the average price paid for an app is $6.70, but the actual average price across all apps is $4.96.

Some developers have been complaining recently that that their apps aren’t being approved by Apple fast enough. Others note that when they get an app to the store, it takes too long to roll out updates as needed. We’ve heard from multiple sources that Apple will soon launch a beta testing function through its store to alleviate some of these problems.

[photo from Warner Bros’ movie 300 which contains the line “A thousand nations of the Persian empire descend upon you.” hence, the title]