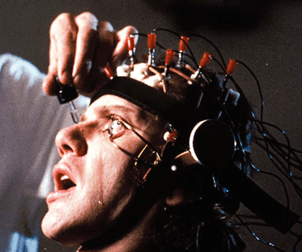 I was just as surprised as anyone to find that Hulu, the online video streaming site backed by NBC and Fox, is actually really good. It works because it lets you watch your favorite TV shows when you want to watch them, with commercials that aren’t too intrusive — all for free. The other TV networks have their own systems for online streaming, which, while not as good as Hulu, also work to varying degrees. But ABC is apparently looking for a way to kill its own, as it’s out there touting the idea of doubling the ads you have to watch, according to AdAge.

Now let’s be clear: Do I think these services should be completely free with no way to monetize them whatsoever? Of course not. But ABC is going to have a major problem on its hands if it pumps up the advertising on ABC.com streamed shows to near-television levels. These streaming sites, while pretty good (though I personally can’t stand ABC.com’s streaming site), still can’t compete with the experience of watching a show on a large TV — and especially not a large HD TV.

And increasingly, people are circumventing advertising on television with services like TiVo and other digital video recorders (DVRs). So if they won’t tolerate it on TV, which offers the better experience, are they really going to tolerate a lot of ads in their streaming experience on a computer? No.

But Disney, which owns ABC, apparently disagrees. From The Hollywood Reporter:

While many online video providers boast of limiting commercials to enhance the viewing experience, the Disney-Nielsen study found that doubling the ad load in a full-length program shown on ABC.com didn’t decrease customer satisfaction.

I’d love to meet those customers, because I’m not sure they’re live human beings. Did Disney maybe run this focus group on a roomful of advertising executives?

If ABC really does double the ad load on people streaming their shows, it’s going to risk crippling the idea of content streaming online before it fully takes off. And it’s also going to ensure that services like BitTorrent, where users go to illegally download shows for free, remain vibrant and active. “How Long Before an Online TiVo?,” AdAge rightly wonders.