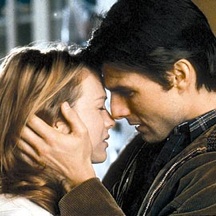 When Adobe launched the Adobe Media Player (AMP) back in April we were skeptical that users would flock to use a stand-alone video player when so many browser-based options are available. We’re still skeptical, but at least it’s getting better content.

Adobe is launching version 1.1 of its player tomorrow complete with a redesign and now featuring content from Sony Pictures. The content isn’t new but rather blasts from the past including movies like Men In Black and Jerry Maguire and TV shows such as Charlie’s Angels and Dif’rent Strokes, as NewTeeVee points out. Its existing content partners are also adding more content including the decadent Beverly Hills 90210.

Another video services that requires a stand-alone client is Joost, but that service has apparently been struggling enough that it says it will launch a browser-based version of the site this year. Meanwhile, another video site of the same ilk, Hulu, which is entirely browser-based, is thriving.