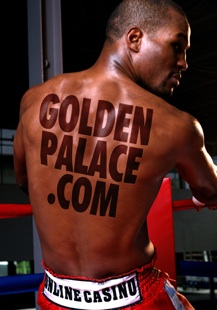 Reports are popping up that users of Twitter, the short-form social messaging service, saw advertisements in their conversation streams briefly tonight. This may have been a quick placement test signaling an impending roll-out, TechCrunch speculates.

Facetious title aside, sooner or later we all know this is coming. Quite frankly, it’s surprising that Twitter has been able to go this long without monetizing the site in any meaningful way. In fact, this has been a topic of debate multiple times in the blogosphere, which loves to talk about both Twitter and money.

Fred Wilson believes it’s just a question of waiting until you have an audience large enough. Given the influx of friend requests multiple users (including myself) have seen over the past couple days, perhaps that time is nearing.

Twitter inserting ads into a user’s stream of tweets (Twitter messages) is the advertising monetization idea thought most likely to happen. After all, third-party services like Twitterific already do this (on the free version). Facebook’s News Feed is another example of a stream with interlaced ads. As long as it is not every other tweet or putting out multiple ads in a row, most people are unlikely to have a problem with such an idea.

CenterNetworks recently laid out some other monetization ideas as well.

Twitter has greatly improved its service uptime in the past few months after multiple mishaps (our coverage). Now, if it could only figure out that pesky search functionality.

update: “We’re not putting ads on Twitter.com. As far as I can tell, a customized background image had some folks confused and speculating,” Twitter’s Biz Stone told Silicon Alley Insider.

While certainly it’s possible and perhaps even likely that a few users were confused into thinking something was an ad when it wasn’t (as I tried to convey in the title and opening paragraph) – Stone’s flat out denial of ads going on Twitter.com is interestingly phrased.

He mentions only Twitter.com, which makes sense given the glimpse of ads on the mobile version. Also, one would have to assume that he means that they aren’t putting ads on the web-based version right now (as in today), but that they will still do so at some point in the future.