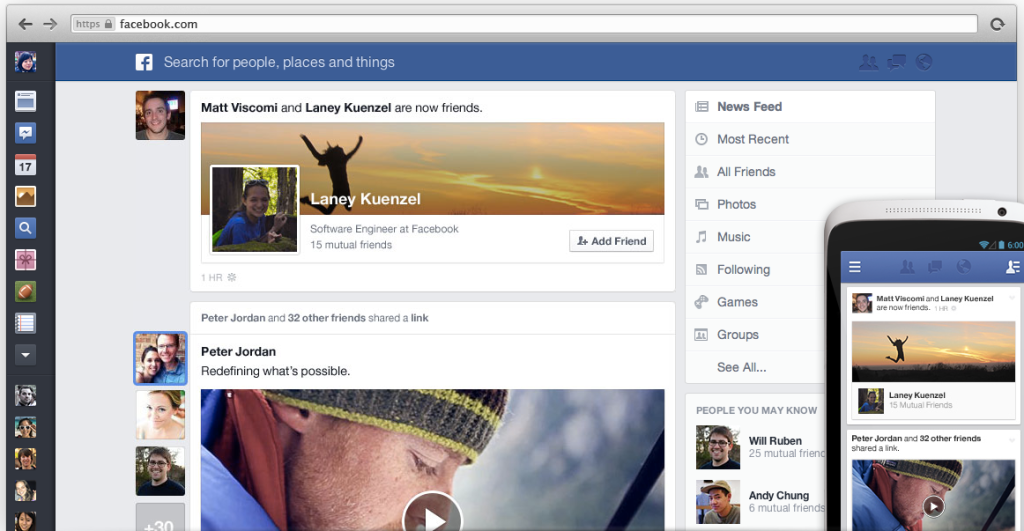 Facebook just released its new news feed, and marketers should be happy: Facebook is providing a rich canvas on which to display their wares. But it’ll be best for social marketing experts.

Facebook’s presentation — and images — were curiously void of detail on how ads will fit into the new Facebook, but you can bet it’s been a hugely significant part of the conversation as Facebook continues to seek lucrative but appropriate ways of monetizing the social network.

A Facebook representative did tell me via email that businesses now have an “even more visually rich way to showcase content” and that users respond better to more visual stories. In addition, she said, your cover photo is going to be even more important in the new reality, as it will show up in the news feed in all its glory — or lack thereof — when a friend likes a business:

One superimportant point: The new news feed is NOT being accompanied by a new algorithm.

In other words, Facebook is not using this roll-out as an opportunity to revamp EdgeRank, the programmatic method by which Facebook determines how interesting you are, how interesting your content is, and therefore and most critically, how often and where to display your messages.

The early reports from advertisers are agreement with Facebook’s messaging.

Nothing matters more to advertisers than context, Adler says, saying that while Facebook likes are simple, one-dimensional indications of positive sentiment, interactions between advertisers and people through contextual targeting in the new news feeds will “inevitably increase buyer interest.” He added that Fikus is planning to invest “significantly in new ad units on Facebook, particularly in mobile.

One concern? The feed choice options that Facebook is implementing.

“The friends-only feed could get a lot of the volume which may be a concern — but it does stop people getting upset with sponsored content appearing around their friends content,” Simon Mansell, the CEO of TBGdigital, said. “Standout will be harder for brands as a result but it’s probably a better user experience.” 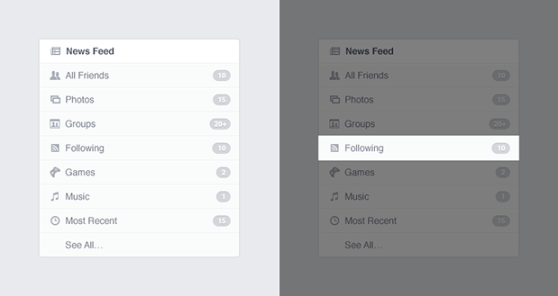 That said, he added that “the chronological view is interesting — as it removes the argument that there is an algorithm in between users and content.”

Sarah Carter, the GM of social business at Actiance, echoed the concern, but she noted that overall, brands that truly get social marketing could do better with the new feed:

“People can skip content from a business if they want to,” Carter said. “The flip side is that the new design is meant to get people browsing for longer, and improve the overall Facebook experience. So if a business is able to effectively market to its audience on this channel, using content that is visual, relevant and spoken in an authentic voice, the ROI should be greater.”

One other tip from Facebook echoed Mansell’s comments: People will be able to choose the “Following” feed, which will simply display everything that every user and company they are following is publishing. That “reality-bubble free” zone in Facebook could get very interesting as people discover an unfiltered lens into their full social graph.

The new feed roll-out will happen “very slowly” over the coming weeks on mobile and web, Facebook says.