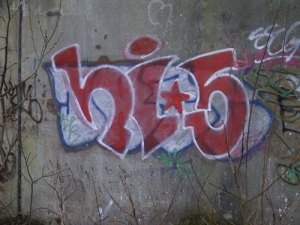 When work began today, social network hi5 had over 100 employees. Right now, that’s closer to 50, a source tells me, confirming TechCrunch’s earlier story. But why did a site with 62 million unique monthly visitors have to lay off 50 percent of its employees today? Because a round of funding it was seeking recently collapsed, I’m told.

The blow is especially painful because the funding was nearing completion, with the investors doing due diligence, says my source. And it would have been a large round, something in the neighborhood of $30 million, which would have nearly doubled its previously raised $35 million in funds.

In October of last year, hi5 laid off approximately 10 to 15 percent of its staff. But whereas that was more of a “trimming the fat” move, today was something of an entirely different variety. Hi5, as we know it, “kind of died” today, is how my source put it. They went on to note that basically only one group is left intact, which is working on some of the entertainment, gaming and micropayment elements of the company that still can probably be monetized. To that point, hi5 told Forbes earlier this month that it hopes to make up to $25 million this coming year, split evenly between advertising and virtual goods — a shift from “90 percent” advertising last year.

I’m told that five weeks ago, the company had a meeting to announce it was closing in on the new round of funding. The next meeting would have presumably announced the success of the funding, but that kept getting postponed. Until eventually, it was postponed indefinitely, leading up to today’s meeting of a much different nature.

We’ve checked in with the company for comment but haven’t heard back.

Update: A second source confirms that hi5 had been raising money, and that there was a term sheet. First, the company had went to late stage PE firms, but that didn’t work out, so it then went to VCs knowing that any funding would be a down round, says the source.

The company is now re-pivoting to make itself games-focused, the source also confirms, rather than trying to be a traditional social network (it has been the one of the largest in terms of worldwide audience, behind only Facebook and MySpace — and a Chinese social network or two).

Update 2: The company says our story is in some way “inaccurate,” but refuses to say how it is. If it decides to share that information, we’ll update with it, but for now we’re sticking by our sources.