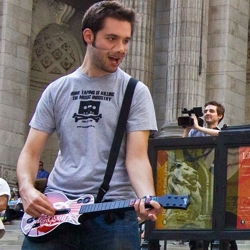 Alexis Ohanian, the co-founder of the news aggregation site Reddit, announced today that he has returned to the site as an advisor after selling it to Condé Nast in 2006.

Ohanian left to pursue his own projects, which included flight search company Hipmunk and advocating for the startup incubator Y Combinator on the east coast. He isn’t the first founder to return to his roots in recent weeks— Jack Dorsey, one of the initial founders of Twitter, also returned to the company that has since ballooned in valuation after he left. Reddit hasn’t seen the explosive valuation growth that Twitter has, but it did recently hit more than 1 billion monthly pageviews.

In addition to Ohanian, the site is bringing on two Reddit users, one as a San Francisco-based general manager and the other as a user interface designer respectively. The new hires came after Reddit fell short-handed when Senior Software Engineer Mike “Raldi” Schiraldi left the site to pursue a “dream offer” from Google.

The announcement came through a blog post on Reddit, which indicated that Ohanian would also become an advisor for Condé Nast.