While VentureBeat writer Eric Eldon is rather skeptical about how the new Facebook redesign will appeal to most users, I quite like it. Of course, I also live in the Bay Area and am a “minimalist snob about decor,” as Eric so eloquently put it.

One thing I don’t like is the redesign’s bugs. I’ve been looking at the new version for the past 24 hours and I still cannot get my imported items to show up correctly. Look at the image below. It’s apparently a glimpse at the code Facebook is using to pull in data. It’s interesting that they label their users as “actor” (I assume female users are “actress”). 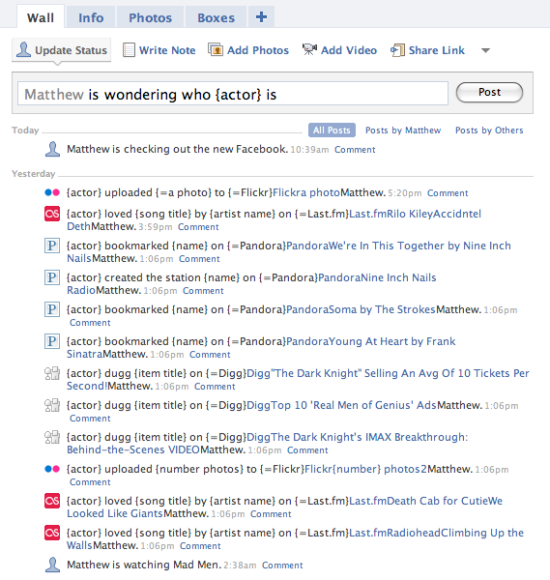 Another bug I’m seeing happens when you share a link. Rather than import the first few lines of a story as it used to do, it simply imports gibberish.

So while I like the redesign, it doesn’t appear quite ready for primetime just yet.