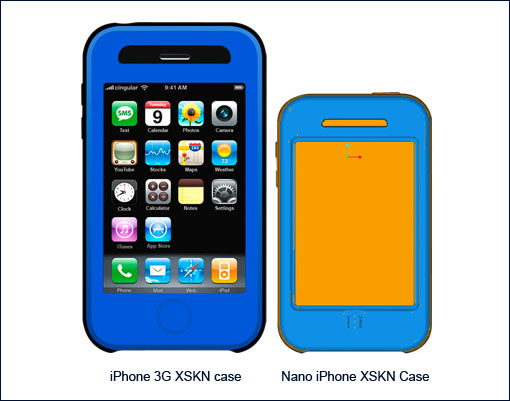 The Macworld Expo is a huge product event for Apple. Two years ago it used the event to unveil the iPhone. Last year it unveiled the MacBook Air. This year, with only a few weeks to go until the event (January 6 is the expected date of the keynote), the always-hot Apple rumor mill has been oddly quiet. Until today.

A site called iDealsChina claims to have specs on a “Nano iPhone” case. From the site:

Steve Jobs will be announcing it during the January MacWorld Show and you will find it in the stores shortly afterwards. I am putting my money on this as the final new iPhone rumor. This phone is targeted at the people who couldn’t afford an iPhone. I am told it will [be] low priced and sold in Walmart stores along with all of the current resellers.

While it’s certainly possible that a third-party accessory could tip off a new product by Apple (this has happened in the past), there are a couple of problems with the “Nano iPhone” report right off the bat. First, it’s unlikely that Apple would call the device the “Nano iPhone.” Instead, going by its standard naming practices, it would be called an “iPhone nano,” but that’s a relatively minor point if iDealsChina is just guessing the name. Second, iDealsChina has a very mixed record with Apple rumors, as MacRumors notes.

Still, the iPhone nano rumor is one that won’t die, probably for a good reason. Just as with the iPod line, some people simply want a smaller form factor for the device. And if Apple can make a version of the iPhone that is say, $99 instead of $199, sales would likely explode even more.

Along with the iPhone nano, other whispered rumors of what we could see at Macworld include:

It’s also just as likely that Apple wows us with some entirely new product that isn’t on anyone’s radar for the event. Certainly a lot of people will point to a Mac Tablet, but if that is out there and has alluded all of the people looking for signs of it, that would be a very impressive feat by Apple.

VentureBeat will be at the Macworld Expo covering the event live.