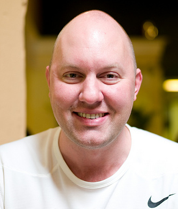 Live video streaming from mobile devices is an exciting field in an exciting time. It’s also a pretty crowded field with Qik, Flixwagon and Kyte among others all vying to lead the way. Today, Qik gained two key allies on its side: Ben Horowitz and Marc Andreessen.

The two have made an investment in the video streaming company and both will join its board of advisors. Financial details of the investment were not released, but are said to be “significant.”

Having worked together to build one early web technology, the web browser Netscape, into a powerhouse, Andreessen and Horowitz should be able to offer Qik good advice and perspective as it grows. The video streaming service recently opened its doors to the public with a beta program for certain mobile phones.

Qik has been in an arms race of sorts with competitor Flixwagon as the two mimic each other’s feature sets. A couple weeks ago, Qik announced its service was iPhone 3G-compatible (with a jailbroken iPhone), the following day, Flixwagon had the same announcement.

Andreessen is the co-founder of several companies including Netscape and most recently the social network-creator Ning. (A service which earlier this year got a $560 million valuation.) He also recently accepted a seat on Facebook’s board of directors.

Horowitz was an executive at Netscape in the early days and later co-founded the server and network software company Loudcloud (now Opsware) with Andreessen. Hewlett-Packard acquired Opsware in 2007 for $1.6 billion and Horowitz currently serves as the vice president and general manager of HPs Business Technology Organization Unit.