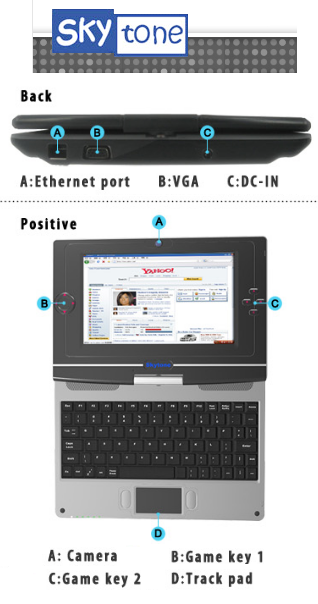 Everyone has been waiting for the wave of Google Android-based phones and devices to arrive, and here they come.

This week, we’ll see the second Android phone, the G2, launch in Germany.

Now we’re getting news that a bunch of other Android devices will hit the market soon. The most exciting is the first Android netbook, called the Alpha 680 (pictured left). Made by China’s Skytone, it will cost $250. It will run on an ARM chip, and weigh 1.5 pounds, or 25 percent less than the well-known first Eee 701 netbook, according to ComputerWorld, which first broke the news about the device. Its ARM11 chip — the same as the one used in the iPhone — supports YouTube video. The device’s arrival is significant because it ushers in a bevy of potentially even more popular cheap computing devices that undercut the prices hardware makers — from Dell to HP — have long enjoyed. Many manufacturers have bemoaned the move away from more expensive laptops. Apple has simply refused to build a netbook, saying such devices are too crummy for the pristine Apple brand.

The Skytone device is currently in testing, and final prototypes will be ready by June. Manufacturers are likely to introduce models to the market one to two months after that.

Meanwhile, there’s news of a third Android phone device soon to launch on the market: The Samsung i7500 (pictured below left). It will be released in June in Germany with European carrier O2, a subsidiary of Telefonica.

VentureBeat reported earlier on the flurry of Android-based O2devices that are due out in coming months. 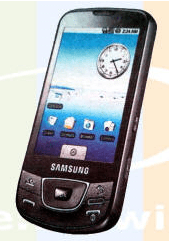 Also, the biggest complaint about the first Android phone has been its short battery life. One source of that drain is the touch screen, so this development should help.