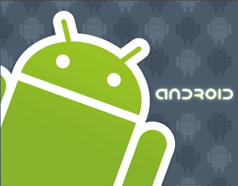 Earlier today we learned about the Android Market, Google’s way to get third-party applications on phones running Android. It sounds a lot like Apple’s App Store for the iPhone, but claims to be more open. Now we know some of the applications that will be offered on it.

Google has just announced the winners of the final round of Android Developer Challenge I, a challenge that started last November to spur Android app development. Fifty finalists from the first round were whittled down to 10 applications that received a $275,000 prize, and 10 that received a $100,000 prize.

The “winning” 10 followed by the creators’ descriptions of the app (in alphabetical order):

You’ll notice that unlike quite a few applications found in Apple’s App Store, you’ve probably never heard of most (or any) of these. In fact, of the 50 finalists, the only app that jumped out at me as immediately recognizable was The Weather Channel Mobile. That could be a good thing or that could be a bad thing for the Android platform.

Perhaps we’ll see some truly innovate new things come to the platform — applications that couldn’t exist on anything but a mobile device that become must-have items. On the flip side, some of the best apps on the iPhone are ones that tie into corresponding web services. I’m thinking of Evernote, Eventful, Instapaper, Urbanspoon, Yelp, Last.fm, Pandora, Facebook and any of the Twitter clients, just to name a few.

I’m sure some of the bigger name apps that are found on the iPhone will come to Android once first phone launches later this year (and I realize that some probably don’t need to enter a contest for a monetary prize), but many developers that I’ve talked to about it — including ones from from some very big name apps, are hesitant to do anything for the Android platform until they see how much traction it gets.

That could be why we’ve been seeing an explosion of Android leaks and hype as of late. As the first devices draw near, if there is a lack of developers writing apps out of the gate, that could be problematic. Think about it in terms of a video game system launch — people tend to flock to the systems that have the most good content ready for them to use. Other developers tend to flock to those systems as well. It just makes sense.

Right now, in the mobile world, that is the iPhone. Android will need to prove itself.

Find a full list of the winners as well as more information about all 50 finalists here.