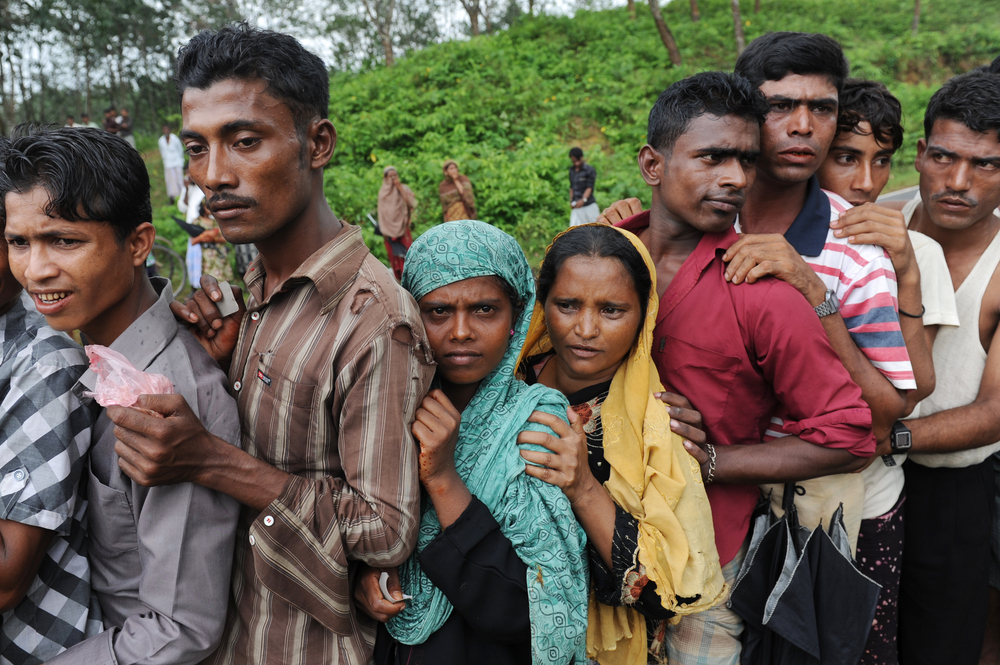 The hacktivist collective Anonymous once again shined a light on a dark corner of society by raising awareness of the Myanmar genocide under the moniker Operation Rohingya on Sunday.

The Rohingya people of Myanmar Burma in Southeast Asia face religious and governmental persecution; the 800,000 Rohingya people living in Myanmar are classified by the United Nations as one of the world’s most persecuted minorities. They are a Muslim population in the state of Rakhine and a minority to the Rakhine Buddhists that occupy that area.

Unrest in the area came to a head in June 2012 when clashes between the two communities killed an estimated 80 people and displaced thousands more.

Journalist Heather Marsh alerted Anonymous to the Rohingya’s persecution and has been working to raise awareness for months.

“I want to show Burma and the multinationals and governments making deals with Burma that we can see them, we know what’s going on, or we will find out, and there will be no more silent genocides in the world,” she said in an interview with VentureBeat.

“I want to show them the people of the world care more for humanity than they think we do and we will not tolerate massacres like this anymore.”

Yesterday, Anonymous released a video highlighting the plight of the Rohingya people and going into graphic detail of their suffering.

“They are subject to torture, gang rape, starvation, slave labor, and [are] forced to reside in the most dire camps in the world,” group members said on the video. “Some call these refugee camps, but they are actually concentration camps.”

The planned #OpRohingya encouraged people to shed light on this issue by tweeting and sharing information about the genocide.

Anonymous released their “TwitterStorm” package on Pastebin.com and encouraged people to post detailed information about the suffering in Myanmar. The package included sample tweets, links to photos and video, and included the Twitter hashtags #RohingaNOW and #OpRohinga.

According to Anonymous reps, the goal was to “Raise awareness in social media for the international panic required to save the Rohingya people.”

Along with the social media firestorm, the hacktivist group began a Distributed Denial of Service (DDoS) campaign against Myanmar government websites (.gov.mm) to protest against the discrimination of the Rohingya people. Fifteen government websites were hacked on Sunday and are still inaccessible.

The campaign to raise awareness of the Rohingya’s suffering comes on the heels of American technology companies champing at the bit to enter the mobile technology market in Myanmar.

Last Friday, Google executive Eric Schmidt visited Myanmar and spoke about technology entrepreneurship at the Myanmar Information and Communication Technology Park in Yangon and met with senior government officials, according to the New York Times.

Google is not the only company looking to tap into the country. The U.S. Agency for International Development (USAID) announced a partnership with Cisco to set up two Cisco Networking Academies in Burma. Earlier this month, a USAID-led technology delegation with representatives from Cisco, Google, HP, Intel and Microsoft visited the country to promote technology and entrepreneurship as well.

A former military regime prevented American companies from operating in the country, but as of the end of last month, the U.S. Treasury Department said it would issue a general license to Myanmar’s biggest banks, opening the doors for new business.

As this country gains more international attention and assistance in the business sector, perhaps other social issues will come to light.

Anonymous’ TwitterStorm unleashed upwards of 24,000 tweets per hour, according to hashtag.org. The Twitter searches #RohingaNOW and #OpRohinga are populating regularly, and the hacktivist organization is still encouraging the posts.