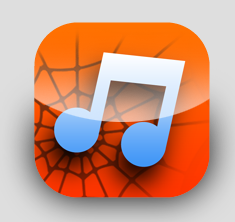 CastCatcher is an Internet radio application for the iPhone that is rather interesting. It’s not really the app itself that’s interesting — there are plenty of Internet radio apps, namely Pandora — but rather the fact that it’s been rejected from the App Store. And that it has been rejected after three previous iterations of it were allowed, according to a post on the Return7 (the developers behind the app) blog.

Also noteworthy is the supposed rationale for the rejection. Return7 says it got the following notice back from Apple when it tried to submit version 1.3 of CastCatcher:

“CastCatcher Internet Radio cannot be posted to the App Store because it is transferring excessive volumes of data over the cellular network, which as outlined in the iPhone SDK Agreement section 3.3.15, is prohibited”

Return7 seems reasonably upset about this. After all, every other Internet radio site remains in the App Store, and, again, three previous versions of CastCatcher were approved. It claims there is nothing in this new version that would require more bandwidth than any of the other streaming radio services.

Also, if a streaming Internet radio service can be banned on the basis of being too bandwidth intensive, that doesn’t seem to bode well for streaming video services like Qik, ever getting approval in the App Store.

This appears to be the first case of an app being rejected on the basis of bandwidth issues, though applications have been rejected or pulled from the App Store for a wide range of other reasons including, duplicating the podcast section functionality of iTunes (which is apparently coming in iPhone software 2.2), allowing “tethering” of the iPhone to a computer to use its data plan (which AT&T is working on a legal way to do), being of “limited utility” (a pull-my-finger app) and copyright issues (the lightsaber app) among other reasons.