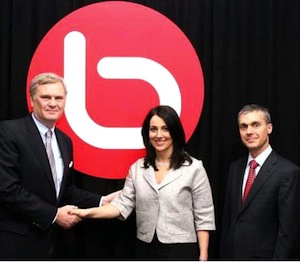 AOL’s $850 million acquisition of Bebo has proven to be a disaster — even in its final throes. While many thought AOL would simply shut down the social network for tax purposes, Bebo is in fact being sold to Los Angeles-based digital media investors Criterion Capital Partners.

Sources close to the negotiations have told VentureBeat that AOL executives are livid that the news has broken and believe Criterion leaked the information. The sale has not yet closed.

TechCrunch reports that the acquisition price is $10 million, which is consistent with what we’ve heard.

Criterion is managed by entrepreneur Adam Levin. Levin was previously president and co-chairman of CinemaElectric, a Los Angeles-based media production and distribution company.

Criterion, while little known, appears to be an active deal-seeker: It had previously tried to acquire a New York location-based startup (not Foursquare), according to that startup’s founder.

The sale is another step in AOL CEO Tim Armstrong’s turnaround attempt — which could be a prelude to a sale. According to multiple prominent partners at corporate firms interviewed by VentureBeat, the deal could indicate AOL is looking to be acquired.

If AOL had shut Bebo down they would have been able to write off the entire $850 million against income on their taxes. With AOL’s effective tax rate at 45 percent, according to TechCrunch, AOL would be able to bank around $380 million in tax savings.

By selling Bebo, AOL would only be able to write off the loss against other capital gains. AOL isn’t likely to sell any of its more attractive properties individually, so they are unlikely to be subject to capital gains taxes in the near future.

But the banked capital-gains writeoff could be valuable to an acquirer who could use it to capture the savings.

Several news outlets have speculated that AOL is trying to sell itself to Microsoft, while Yahoo has also been brought up as a potential buyer. Acquiring AOL would cost $2.77 billion if an acquirer paid a 20 percent premium, based on the company market’s capitalization at the close of trading yesterday. If they have taxable capital gains, AOL’s offloading of Bebo could make the company that much more valuable.