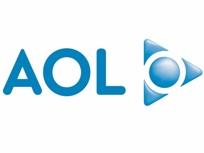 The past two decades have seen some great second acts in business — people or companies that were up so high, then fell so low to the point of possible extinction, only to come roaring back to the top again. Donald Trump and Apple are two that immediately spring to mind. Soon, we may have to include another company on that list: AOL.

Traffic to its web properties has grown over 15 percent in the past year. The first quarter of this year saw 56.5 million unique visitors, according to comScore. This, combined with news earlier this month that AOL’s Platform A is now the top ad network, beating out competing efforts from Yahoo and Google, are very good signs for the company.

It’s not all good news yet, as Time Warner is expected to announce a relatively weak quarter for AOL when it reports earnings next week, according to The Wall Street Journal. But the pieces may be in place now for a serious comeback down the road.

This turnaround has been a long time in the making. AOL was arguably at its peak when it bought media giant Time Warner in 2000 for $147 billion. (For some perspective of just how big this deal was, remember that Microsoft’s current bid for Yahoo is $44.6 billion.) From there, things went south pretty quickly for AOL.

The problem was, it was in the dial-up web portal business, which was the only way millions of people could access the Internet at the time. When broadband connections started to pop up,  AOL’s core business became increasingly worthless. But AOL failed to recognize this trend and adapt to it in time. In fact, it took the company until 2006 to formally decide it would shift from a paid web portal to a free one.

AOL realized that content was king and that it had quite a few properties that were leading the way in their respective fields thanks to its purchase of the blog network, Weblogs Inc., in 2005. The next step was realizing that if it had all this content, why pay someone else to set up the ads for it. And, with that in mind, the company launched Platform A last year.

AOL then bought social network Bebo in March of this year and it’s kept the ball rolling with its recent purchase of blogging search and relevancy engine, Sphere.

There is also the Yahoo wild card to consider as well. While most people wrote off the idea of an AOL/Yahoo combination as a viable alternative to Microsoft’s hostile bid for Yahoo, perhaps such a partnership would not be such a bad idea. AOL/Yahoo could make for a very powerful online ad/content network.

AOL is continuing to expand its web properties, rolling out new sites at a rapid pace this year. We’ve questioned this apparent strategy of quantity over quality, but perhaps it could just work. Rather than having all its chips in one basket, as it arguably did in the 1990s with the dial-up portal business, AOL now has its chips in multiple places, and the strategy appears, at least for now, to be paying off.