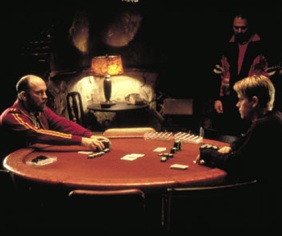 When Palm unveiled the Pre at CES a few weeks ago, it may not have been so obvious to casual onlookers, but it was taking a seat at a high stakes game where there is only one other player so far: Apple. You see, since the launch of the iPhone in 2007, no other company has released a mobile device that uses multi-touch — not even HTC with its G1, the first Google Android phone, which is only somewhat capable of doing it. Why? It’s hard to say for certain, but a logical reason is that everyone’s afraid of Apple’s patents. And given the new multi-touch patents Apple was just awarded, maybe they should be.

Specifically, the U.S. Patent Office awarded Apple patent number 7,479,949 on January 20, 2009, as World of Apple points out. The patent, which was filed in April of 2008, covers a broad range of multi-touch technology and the gestures used with it. Incredibly, the patent is some 358 pages long, according to MacRumors.

Technically, the patent’s title is “Touch screen device, method, and graphical user interface for determining commands by applying heuristics.” And if you think that sounds a bit too much like something the Dharma Initiative (from ABC’s hit show Lost) might have written, you may not want to bother reading the patent abstract:

A computer-implemented method for use in conjunction with a computing device with a touch screen display comprises:

So Palm is sitting at the table with Apple after the unveiling of the Pre. Last week, Apple made the initial bet on its earnings call when chief operating officer Tim Cook said that Apple would go after anyone infringing on its intellectual property (IP) — a not-so-thinly-veiled shot at Palm. Palm called Apple’s move by saying that it, too, would go after anyone infringing on its IP. Now Apple has just flipped over its cards, and it looks like a winning hand. But we need to see Palm’s cards before Apple takes all the chips.

Show us what you got Palm.