At a media event held in the auditorium of Chicago’s Lane Tech College Prep High School today, Apple announced that it will bring its iOS classroom organization app Classroom to the Mac, and release a new cloud-based app called Schoolwork to share handouts, apps, and progress updates with students. The announcements came after Apple debuted a new sixth-generation iPad with Apple Pencil support, marketed at students.

Already included in iOS 11.3, the Mac version of Classroom will enable teachers to monitor and control students’ iPads remotely, as well as showing the contents of a given iPad on an Apple TV. It will be available in beta form on the Mac in June. 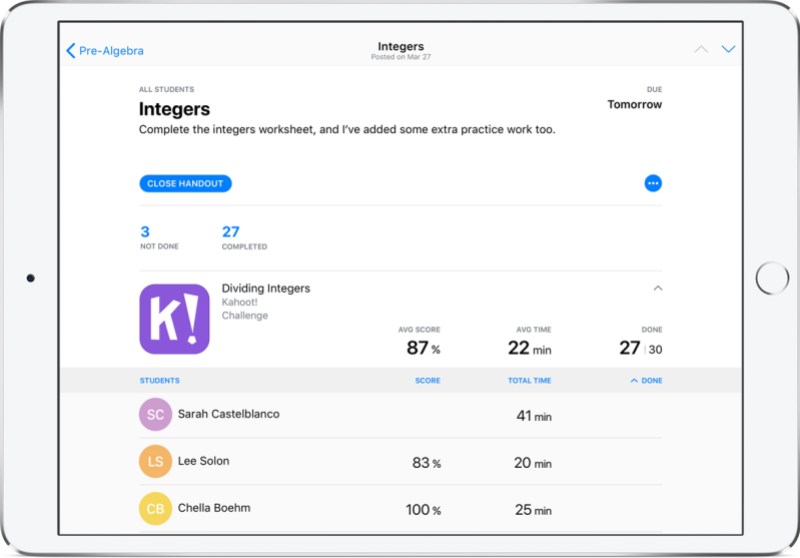 Schoolwork allows teachers to make handouts containing documents, PDFs, and links — including deep linking to specific parts of apps — as easily as sending an email. The app also lets teachers monitor student progress, including completion percentages and student-specific views of completed work. Schoolwork will be offered in iOS in June and will use a new ClassKit development framework, which is debuting in iOS 11.4.

According to Apple, the ClassKit API will “help teachers easily discover specific learning activities in your app, take students directly to the right activity with a single tap, and securely and privately share progress data to help teachers personalize instruction.” Access to the ClassKit API will arrive with Xcode 9.4 beta and iOS 11.4 beta, both listed as “Coming Soon.”

Apple also announced updates to its iWork suite — Pages, Numbers, and Keynote — to add Apple Pencil support, as well as audio and visual updates to its GarageBand and Clips applications, respectively. Both the iOS and Mac versions of Pages are notably gaining the ability to create digital books, mimicking the functionality of the five-year-old Mac app iBooks Author. 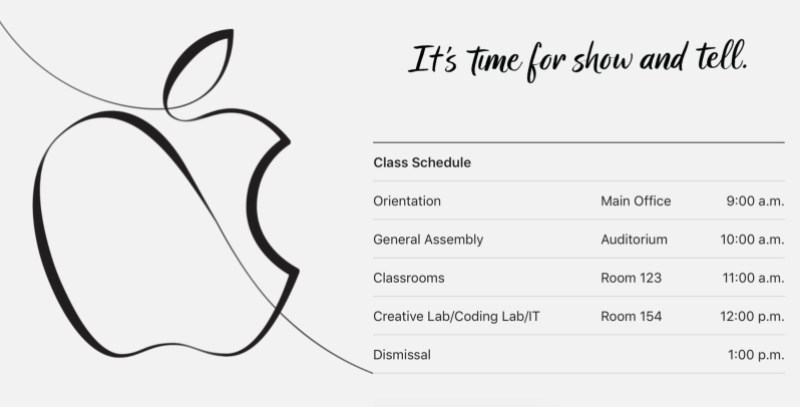 Interestingly, Apple used the event to spotlight Apple Teacher, a free online professional education service for teachers that gamifies the learning experience. Teachers can earn gold star badges for continuing to learn online. Although the program quietly launched in fall 2016, it has been relatively obscure.

While Apple has spent 40 years as a major player in the education market, its insistence on premium pricing has historically enabled rivals such as Dell and Google to win schools over with bargain-priced but comparatively stripped-down desktops and laptops. Consequently, Google’s networked Chromebook laptops and free apps currently dominate many schools; Apple’s least expensive iPads are among its most popular educational products.