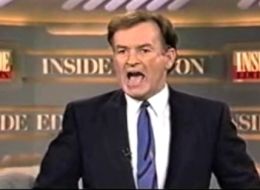 Earlier today, iPhone app developer Loren Brichter raised hell on Twitter about Apple’s rejection of the latest version of his Twitter iPhone app, Tweetie. Perhaps after seeing the crazy amount of negative coverage, Apple has backed down and approved the new version after all.

Apple’s problem with Tweetie was that it gives users access to a Twitter Trends area, which displays popular terms being sent out on Twitter. This list sometimes includes swear words, and apparently it did when Apple was reviewing the latest version of Tweetie, which led to the rejection. Luckily, Apple sent a picture of exactly what the problem was to Brichter, enabling him to raise hell about it.

After all, several other Twitter iPhone apps have this same feature and are still in the App Store. And this is not a new feature for Tweetie. It’s just that Apple apparently hadn’t caught the swear words before.

The whole thing is kind of silly. Apple should have realized that Brichter had no control over what people tweet, and simply put some kind of “foul language” warning on the app’s page. Instead, Apple’s response to apps with certain gray areas seems to be uneven.

But, at the end of the day, we have what we wanted: a new version of Tweetie in the App Store (it should be live tonight). Here’s a list of actual changes in the new version for those interested.