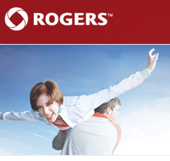 No matter what you think about AT&T’s iPhone 3G price plans in the United States, Canada has it much worse. A minimum three year contract for $60-a-month buys you 150 talk time minutes, 75 text messages and 400 megabytes of data downloads (that is nothing). It’s such a rip-off that even Apple itself agrees.

Apple has decided not to sell the iPhone 3G in its retail stores across Canada in protest of Rogers (its Canadian mobile network partner) price plans, according to AppleInsider. If you’re going to get ripped-off, apparently Apple wants it to be clear that it’s Rogers doing the ripping.

It’s not entirely clear why Apple didn’t lay some ground rules for pricing plans in its original negotiations with Rogers. After all, it certainly took long enough for the iPhone to get to Canada (the iPhone 3G will mark its official launch), the two sides must have been talking about something all that time.

Note: It’s also interesting that iPhone carrier rip-offs are happening around the world, such as in New Zealand, where the pricing situation is arguably worse.

Any Canadian consumer hoping to get their hands on the iPhone will have to go to a Rogers store to get one. However, don’t expect there to be many there either as the carrier may have only 10 to 20 units per store.

If you’re a Canadian consumer put off by Rogers’ plans, feel free to sign the Ruinediphone petition and look at the bright side, at least your plans include some free text messages, right?

update: It seems Apple may be selling the iPhone 3G in Apple stores in the United States only, according to CNET. Still, other reports claim the company is very unhappy with Rogers.