At first I assumed the headline I read on Apple 2.0 about Apple’s market share being 21 percent was another April Fools joke. That is an awfully high number, given other recent data indicating that Apple’s market share is well below that. Then I read deeper into the story and realized that it’s not a joke, but it is pretty vague.

Piper Jaffray analyst Gene Munster (who seems to be behind every Apple story these days) is actually only estimating that Apple now controls 21 percent of the consumer computer market in the U.S. He gets to this number in spite of the fact that the latest IDC numbers show Apple’s overall worldwide computer marketshare at just 2.9 percent. The rationale is that 70 percent of computer sales in the worldwide market are for enterprise. This is an area Apple does not aggressively target, opting instead to focus on consumers. Therefore, Apple’s consumer share must be relatively strong — especially in the U.S. where the consumer market is large.

That is likely all true in general terms, but how can we get such an exact 21 percent from that? It’s nice to have concrete numbers — especially bold, sexy ones like 21 percent market share — but wouldn’t it be wiser to stick with actual data? 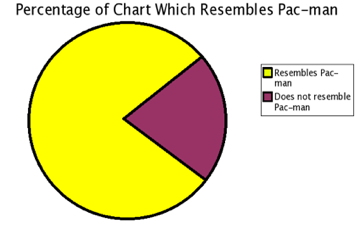 It’s not like there aren’t plenty of numbers out there indicating that Apple is growing significantly. A report just weeks ago by market research firm NDP had Apple’s U.S. market share growth at 60 percent year-to-year. The same report pegged Apple’s U.S. retail sales at 14 percent of the market — and it’s unlike that sales would have jumped 33 percent in a single month.

There is also data suggesting that growth could see a big increase in the years to come. A study released a few days ago by Morgan Stanley suggests that 40 percent of college students plan to buy a Mac as their next computer. There is another name for college students once they leave college: Consumers.

The point is that there’s plenty of data out there showcasing very positive signs for Apple. Analysts don’t need to make bold (and unsubstantiated) estimates — it only undercuts the real data.