Apple is holding an event on March 6th to unveil the iPhone software development kit (SDK). Invitations to the event at company headquarters starting going out this morning.

The SDK is the platform which will allow 3rd party developers to create native applications on the iPhone.

Though technically promised to be coming in February a few times at high-profile events by Apple chief executive Steve Jobs, the SDK announcement was pushed back last week for unspecified reasons. The delay of only a week could very well mean that Apple won’t have the SDK yet ready for developers, but rather intends to finally reveal details about how it will work.

Apple normally has such events on Tuesdays, however since their annual shareholders’ meeting is on Tuesday, March 4th, this SDK event will be on a Thursday. It would seem reasonable that Apple might let slip some of the SDK information at the Tuesdays shareholder meeting as many investors see it as a very important centerpiece of Apple’s iPhone strategy and may have the jitters after seeing the stock descend from the $200-a-share level just two months ago, to its current $120 level.

We’ve previously written about the importance of the iPhone SDK here. 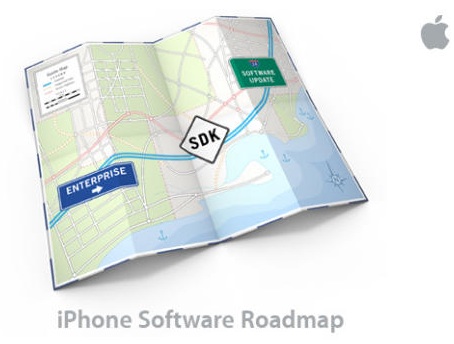