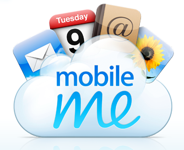 Apple’s roll-out of MobileMe was pretty rocky to say the least. In fact, as Apple itself notes, it was “a lot rockier than we had hoped.” The service went down last Wednesday night after a delayed start to its transition from .Mac to MobileMe. When it came back most users found it either not working or incredibly slow. As such, Apple has decided to tack on 30 extra days to subscribers’ MobileMe packages.

MobileMe is Apple’s syncing service that keeps all of your devices which utilize it — including iPhones and iPod Touches — up-to-date. It expands upon and replaces .Mac, Apple’s previous syncing service.

While most of the issues with desktop apps were sorted out fairly quickly, MobileMe’s new web applications continued to have problems day after the change over.

The service has also taken some heat over its usage of the term “push.” Normally accounts with push capabilities update instantaneously across all devices with which they are synced. However, with MobileMe, it seems that changes being made from a Mac or PC are taking upwards of 15 minutes to go live. As such, Apple will stop using the word “push” to describe its MobileMe services until it can get them up to the instanteous speed.

So much for that “Exchange for the rest of us,” huh?

To be eligible for the 30-day extension of your MobileMe account you have to have been a .Mac member when an active account as of July 9 or have signed up for a new MobileMe account on or before July 15. If you were in the 60-day free trial period, Apple just upped your test time by a third.