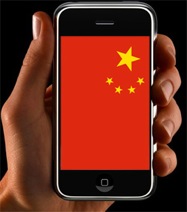 One of the centerpieces of the iPhone 3G is its global positioning systems (GPS) capabilities. While the first iteration of the device didn’t have it, the new version uses it fairly extensively for a wide range of third-party apps as well as the Google Maps built-in app. So it’s interesting that Apple was forced to kill the GPS functionality of the iPhone in order to sell the device in Egypt, The New York Times reports.

Specifically, the story claims that the Egyptian government was worried about consumers being able to use the phone’s GPS to pinpoint things like military bases. This is of course a bit silly because anyone who really wanted to know the location of such things probably has other methods — like say, using satellite photos in the Google Maps. Plus, it’s actually cheaper to buy an iPhone 3G with GPS from another country than getting the crippled one in Egypt, Egyptian blogger Ahmed Gabr of gadgetsarabia notes in the NYT piece.

The story just skims the surface about what Apple’s crippling of the iPhone in foreign counties could mean for consumers in China. There is absolutely no doubt that Apple wants to sell the device to the billion and a half people there. But there is also no doubt that the Chinese government, which is notoriously strict on censorship, will have some of the same issues the Egyptian government had, and probably more.

So what could the iPhone lose to get into China? The NYT throws out 3G and Wi-Fi as two possibilities. More troubling to the Chinese government however is probably the idea of an App Store. With hundreds of applications being added everyday and Apple not having the best track record with policing it despite a somewhat lengthy app review process, could the whole App Store be in jeopardy in China?

Hard to know for sure. First, Apple and the Chinese telecoms have to settle the royalty issues that supposedly have talks at a stand still. You can probably bet that one way or another the iPhone will be in China in 2009 (the country’s first phone running Google’s Android platform was just announced), but just exactly how much it will resemble the regular iPhone may be something interesting to watch out for.