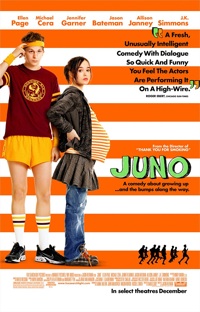 When Apple revealed that it had signed up all of the major movie studios to distribute films via the iTunes store in January, lost in the fine print was the fact that most new releases would still have a waiting period before they were available online. This was simply because Hollywood was afraid of cannibalizing DVD sales. It’s the same reason why movies don’t come to HBO until a few weeks or months after their DVD release. That is about to change.

Apple is set to announce agreements with almost all of the studios (aside from MGM) to release movies to iTunes on the same day they are released to DVD, according to The Hollywood Reporter. This immediately makes the Apple TV, from which you can purchase and rent movies via the iTunes store, more desirable.

It also gives Apple TV an edge on competitors such as Amazon’s Unbox movie service (which has a partnership with the digital video recorder, TiVo) and Microsoft’s Xbox 360 console (from which you can also rent movies). In fact, Microsoft may feel more pressure to strike a deal with Netflix to bring its streaming service to the device — if such a partnership isn’t already in place, as has been rumored.

In recent weeks, users may have noticed Apple and the movie studios testing out launching films on iTunes the day of their DVD release. It’s been seemingly random, but many popular movies have been available from day one, even though it was previously stated that they wouldn’t be.

Brick-and-mortar movie rental chains such as Blockbuster, may be in even more trouble now.

This is an important step in the shift to digital film distribution. It should help erase doubts about Apple competing in the movie business as it has in the music business. Now, if only iTunes would implement a rent-before-you-buy system.